“Don’t tweet naked” and other advice that should be obvious 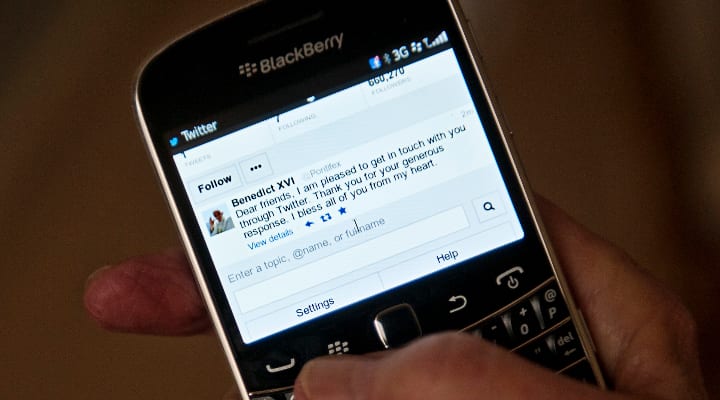 You might expect them to know better already, but police in the UK have been issued with new guidelines on social media use, including resisting the urge to tweet naked pictures of themselves.

City of London Police, for example, advises officers that they should not post pictures and videos of themselves and their colleagues naked, “in intimate poses or off-duty, drunk in the towns and cities where they police”, warning, quite sensibly, that to do so could bring the force into disrepute.

The guidelines come in response to new figures showing that there were 821 instances of officers and staff being disciplined for breaching police social media guidelines over the last five years.

That you should not tweet naked pictures of yourself, particularly if you hold public office, might seem like common sense. But then so too should not using news of a revolution to try to sell shoes, and avoiding tweeting explicit pictures of a women with a model plane if you work for an airline (though that was apparently an accident). The really scary part is that the last two came from social media ‘professionals’.

The problem is that common sense is not distributed in equal measure, and sometimes you only learn how much someone possesses once you hand them the keys to the Twitter account. Hence the need for detailed, and apparently obvious, policies on social media usage.

If you’re ever likely to bring disciplinary proceedings against a member of staff for their use of social media, then your organisation needs just such a policy to refer to. But the problem is that most people aren’t going to read it, especially given that it’s likely included in a staff handbook that’s already significantly longer than the attention span of even the keenest new employee.

A detailed policy will give you a tool to help deal with the consequences of an online mistake but, unless you restrict social media use to a small number of trained staff, it may not be enough to prevent the problem in the first place (and, as we’ve seen, even relying on trained staff is no guarantee).