It seems we suck at Social Media. 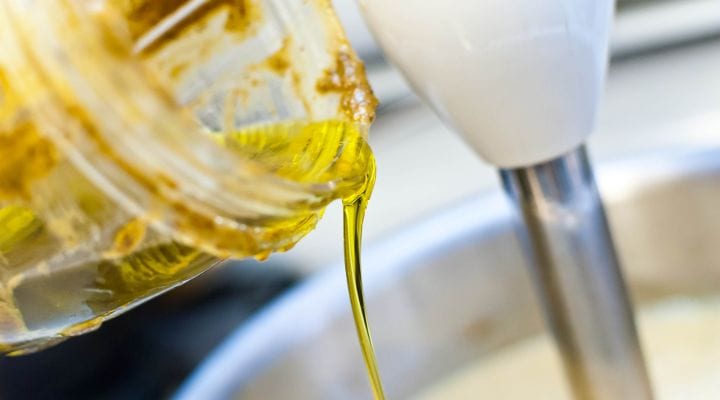 Our new business was going to require a website, marketing material and good old Social Media: www.artofoils.com was the web address – French local Olive Oil, Olive related products and Art were the line-up. We had written the business plan, written a marketing plan and had set about creating the finer parts of the general business. The product category was seen to be in the more up-market ‘Gift’ category and/or slightly higher-end culinary arena for both catering and the restaurant business. The brand ‘I Love Oil’, which is an anagram of Olive Oil was clever; we think so! This is still registered by the way, in case anyone has any ideas.

Social Media took us into the realms of Blog, Twitter, Facebook, Pinterest and a few others in the mix. We sent samples of the excellent French Picholine Olive Oil to various celebrities, and other people we believed would potentially endorse the product and followed up with Social Media. We were very active and even started a food blog around the use of the oil. The production was local, bio with the packaging as green as we could get. The whole set-up looked and felt like it was worth all of the effort. We were very pleased with our business and marketing skills after all that is what we do for a living. Friends and family praised the product and bought large quantities, which we hand delivered. We even saw a consignment flown and bicycled to a customer in Amsterdam by way of a friendly courier who was there for other reasons.

The website was a professional e-commerce site called Prestashop that had Social Media tools integrated and a fabulous dashboard that could drive things along nicely. We were able to practice developing our SEO skills, Meta tagging and other such associated activities to get us up the ladder to success. We were flying along with the social side as the Facebook Likes climbed and the Tweets were Retweeted and our campaigns progressed. The e-commerce site was extremely professional with both the pictures and imagery beautifully photographed such that we had a very compelling offer. It was in the correct price range. There was not a great deal of margin for us in the beginning as we had kept the product prices down so we could offer a slightly higher degree of sophisticated packaging. Despite all the Liking and Loving and Praise for the products, and the good feedback from the specialists we did not seem to be advancing in terms of sales!

Not to be defeated we persevered believing that it was just a matter of time before we were going to be Olive Oil tycoons; we awaited our tipping point. The Olive Oil by the way was from a small independent family owned orchard based in the heart of the Languedoc Roussillon. An organic product from a very well known variety of olives known for its peppery after-taste – The Picholine which is particular to the Gard region in and around the famous Unesco heritage site of the Pont du Gard. We offered up an alternative blend that was a smooth and delicate alternative to the Picholine for those that preferred a lighter more fruity flavour. The olive orchard also had a particular history in and around the olives and a monastic order that gathered local olive oil for the poor in special jars carried on the backs of donkeys. We equally exploited that romantic heritage which had a unique bottle shape for a particular line of our product. So what happened?

Well quite honestly we have little clue as to why we were unable to make the business lift off the ground. We have all the business acumen, marketing skills, graphics et al at our fingertips. We had retail experience and we had perseverance but sales would not lift. The Social Media side was active, interesting but did not translate into sales. All customers were satisfied and wrote nice things

but nothing changed – sales never went anywhere. We even attended e-commerce lectures and bought books on how to grow the business, we read web sites and took Social Media webinars and implemented EVERYTHING that all the Marketing and Social Media Gurus told us. We reached out to ‘specialists’ who all gave give us their Social Media and Marketing advice and NOTHING, absolutely NOTHING worked to improve Sales.

We did not go into any panic mode because the initial investment was fine-honed so that we had not put ourselves in a position that would lead to any financial difficulty. We were and still are a little confused.

Ultimately Olive Oil is a commodity for the average individual with basic Olive Oil being sold locally for not a lot of money. We knew the competition and had done the maths, the business and marketing plan. We knew what we were getting into in great detail.

So if you have any advise, a similar experience or similar story we would be glad to understand what it is that we did wrong; because quite frankly we are a little bemused!