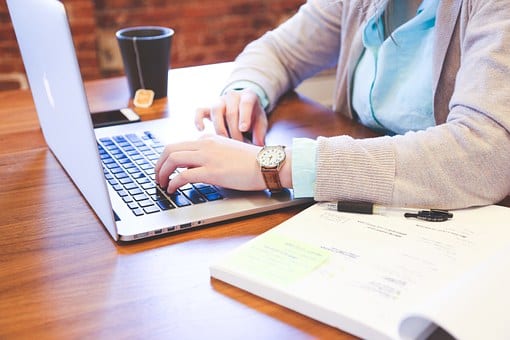 This year there have been very good ads. Therefore, instead of 10, I have selected the 20 best advertising campaigns that by their strength, feeling, joy, concept or performance, I have liked. I hope you like them as much as me 😉 Happy New Year!

H&M | For Every Victory

It is, undoubtedly, one of the best campaigns of 2016. Starring Caitlyn Jenner, For Every Victory, as it is called, is a song to life, to overcome the difficulties that it presents us and to be ourselves without fears and without complexes. A marvel essentially featuring fashion and stylistic choices which portrays that we can be ourselves and our clothes reveal this.

It is strange to see a campaign from a tourist office as one of the best of the year, but it is thanks to how beautiful it is. Blind Tourist shows like no other the wonders of Québec excited with its rhythm, nature and, of course, with a thread that, starring a blind boy, causes more than one to rethink things. Without a doubt, one of the most beautiful, joyful and motivational campaigns of the year. And best of all, it does so by putting an endless smile on your face.

When one thinks of Les Miserables, we all fall first in the musical. However, we might also think of the animal world. It’s with this idea that this animated announcement of the agency DDB for Wildlife Conservation Film Festival plays. And it does of course to the rhythm of I dreamed a dream. Another marvel of advertising!

The US election campaign has given much to talk about, as well as many announcements. This Johnnie Walker’s is, without doubt, the best. Keep Walking America is a spot narrated by an American of Hispanic origin that travels America for its different corners and landscapes. A journey through values ​​that are narrated with voice-over and reproduces the powerful message of Woody Guthrie’s song: This land is your land. Although the brand is that of alcoholic beverages, it did a great job portraying a theme on integration, justice and unity. In fact, in case its message is not clear, Johnnie Walker does not hesitate to introduce some verses in Spanish that leave no room for doubt.

Under Armor | Rule Yourself

It’s not Nike or Adidas. Under Armor is a different sports brand, focused on elite athletes. All this is evident in your advertising campaigns. This year with Michael Phelps is a reference and example of how to do great things and turn the shadows into opportunities. How discipline and perfect nutrition can turn you into the best version of yourself. Rule Yourself is that, a philosophy of life.

Nike | Come Out of Nowhere

Nike could not be missing from this list after one of the most productive years as far as advertising campaigns are concerned. However, if you have to highlight one, that is LeBron James. Elegant, demanding and critical.

This has been one of the most watched campaigns and with good reason. #WomenNotObjects is a powerful visual campaign full of force both in its arguments, music and advertising examples. It does not only touch on the subject from an ethical standpoint but also from a legal window. Everything with the objective of denouncing the use and abuse that is made of women as sexual object in the advertising campaigns of a lot of brands.

For a brand to praise its competition in its own ad is quite refreshing . Either they have gone mad, or they are very sure of themselves. The latter seems to be the case of Nissan in Soulders of Giants, a powerful campaign, with a speech full of feeling and playing with the parallels to, in the end, thank all its great competitors for having been icons. The result is pretty cool.

It is not a spectacular, showy campaign with an incredible script, but it is an action with a plot of background that breaks the mould of the pre-established, false beliefs, errors, racism, xenophobia and stereotypes. The truth is it is brilliant. Momondo has done it with The DNA Journey which shows a lot of people that there is no such thing as “pure race”. It’s ridiculously real.

And finally, the promotional announcement that BBC Earth has launched to move the gear of Planet Earth II, the second instalment of the great documentary that impressed the world. And it has done so with a spectacular and epic trailer. Again, much has to do with the soundtrack put together by the composer Hans Zimmer. A spot that engages, captivates and hypnotizes.