The Emergence of Fintech in the Islamic World 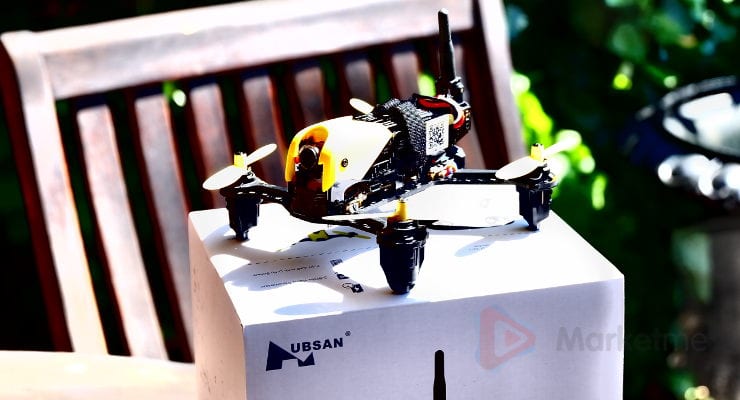 Shariah-compliant financial services are being increasingly provided to consumers with the help of advanced fintech solutions. This is best illustrated by the $42 Billion USD worth of financial transactions carried out utilizing fintech in the countries of the Organization of Islamic Cooperation (OIC), and the predicted 21% growth in the Islamic financial fintech sphere by 2025 (Global Islamic Fintech Report, 2021).

This rapid growth in the industry is largely attributable to the top five markets for Islamic fintech products, namely Saudi Arabia, Iran, the United Arab Emirates, Malaysia, and Indonesia.

Reasons for the Rise of Islamic FinTech

Repeated global financial shocks, particularly to the major economies of the Arab & Islamic world, such as during the 2007-2009 financial crisis, gave rise to alternative financial institutions as a direct competitor to traditional banks. During these periods, credit was constrained, mortgages were scaled back, and small business lending was limited.

On the top of the crises, a more challenging regulatory environment globally, particularly as it pertains to the underbanked, foreign workers and migrants, has made it more difficult for traditional financial institutions to bank large segments of the population, including in the more advanced economics of the Arab and Islamic world. New models of banking – driven by technology, mobile communications, and branchless direct engagement with consumers – has enabled individuals to access remittance, exchange, and lending products without the reliance on established commercial banks. Revolut, Finablr and Wise have been at the forefront of such innovation.

Fintech, and specifically Islamic fintech, has emerged as a response to global trends which magnify the challenges inherent in traditional banking models. Although highly disruptive to the sector, this has resulted in increased accessibility, cheaper products and services, and more efficient models for consumers, particularly in the global South.

The rise of fintech in the Islamic world can also be attributed to the market demands of the young and tech-savvy Generation Z, who are digital natives, born into a world with near-universal mobile & internet access. This generation of consumers expects and pushes for greater digital financial services and accessibility. This is especially relevant to the Islamic world, where the median age is just 24 years old, compared with the worldwide median age of 32. In most OIC countries, the vast majority of the population is 18 or younger –an unprecedented youth market which demands ease of access, accessibility, transparency, and mobility.

Governmental support is another catalyst for fintech in the region. Despite a general feeling amongst many entrepreneurs in the MENA area that the regulatory environment is unfriendly, and bureaucracy is excessive, government Initiatives have contributed much to the sharp growth of Islamic fintech. Dubai, Abu Dhabi, Bahrain, Saudi Arabia, and Malaysia have all announced support for fintech development in the UAE, for example, organizations like the Abu Dhabi Investment Office (ADIO), Abu Dhabi Global Markets (ADGM), and the Dubai International Financial Center (DIFC) have offered financial and regulatory support for the growth of the local fintech sector. Similarly, Bahrain FinTech Bay focuses on attracting fintech, and especially Islamic fintech, in partnership with major traditional Islamic financial institutions.

Government help and support, especially in regulatory terms, encourages consumer trust and engagement in any field. Hopefully, the increased economic benefits derived from fintech will be a driving force behind creating a favorable regulatory environment for entrepreneurs and investors in OIC nations globally.

Within the fintech ecosystem globally there is no shortage of solutions for the most common consumer financial products, such as payments, remittances, deposits, small-scale and peer-to-peer lending, and even raising capital. However, there are still significant growth-opportunities for investors in the sector. The countries of the GCC Gulf Cooperation Council (GCC) provide particular potential, as they are beginning from a lower base and are poised to rapidly close the fintech gap with Europe, the United States, and China.

Beyond the GCC, other Middle Eastern countries will see rapid deployment of fintech solutions, with large countries such as Egypt, Iraq, Morocco, and Iran adopting technologies that have seen success in their more technologically advanced neighbors in the Gulf. But this will require regulatory adjustments and an easing of bureaucratic hurdles, which favor traditional, incumbent players.

Taken together, the convergence of these trends will drive a rapid deployment of technology-powered financial services across the region, with clear and significant benefits for all consumers, and the under-banked in particular. Traditional financial institutions have begun to feel the new challengers gaining pace and have themselves begun to offer digital banking and mobile applications that enhance their offering. Liv, MashrekNeo, and Yap are recent examples in the UAE, with many more to come. Together with first movers such as UAE Exchange and Xpress Money, they are poised to transform the Islamic world’s banking sector over the coming decade, with fintech and digital banking becoming mainstream.