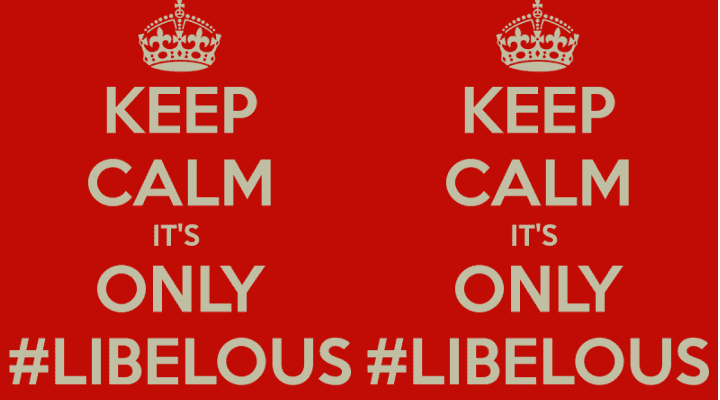 TV and Twitter – #Abuse or #Banter – by Anthony Smith-Chaigneau

The Eurovision Song Contest whether you like it or not is one of those annual events that is very divisive. Some people claim it is the best three hours of television in Europe each year, others state that it is an annual cringe-fest best watched drunk with friends. In the good old days, when it was cool to do so, this mega event would have seen fervent discussion, in both the work environment and the pub, with a lot of moaning about the performance of the UK’s song. You would have no doubt heard the infamous, “La Norvege nul points” done in the best French accent regardless whether Norway was in the running to win, which actually happened back in 2009. The UK, by the way, has not won the coveted Eurovision crown since 1997. #WTF. Please excuse that Twitter expletive; it has relevance later in the piece. Finally the discussions clearly centred on the much renowned and vilified block voting practices that always make each year a hoot. This banter about TV shows is known in colloquial terms as the water-cooler moment. For many of you reading, the water-cooler discussions now centre more on scenes from Breaking Bad and House of Cards, which is hardly the same now, is it? You might say if you are a fan of the event, that the Eurovision Song Contest is clearly a form of light-entertainment that will most likely outlive the complex TV drama series for years to come.

So the wonderful Eurovision Song Contest, for the hilarity of the commentary and tongue-in-cheek moments, will remain a guilty secret pleasure for those that are afraid to engage openly on the subject with colleagues. Fear not dear reader there is a new, wider TV water-cooler way out for those who feel the need to give opinion and commentary; without coming out of the closet on Eurovision. This is Social Media. Whilst more pertinent during the show than after this new communication channel will give you access to millions of like-minded people and plenty of hearty banter. Hang on this is not quite the same I hear you cry! Well you are correct because this way of interacting changes the commentary landscape enormously. Let us explore this more. Combining Social Media Platforms with popular TV shows offers up a soapbox for wider serious commentary, hilarious banter and a whole lot of trouble. Here is an example during the Icelandic performance: @bbceurovision – He’s been Jesus in Jesus Christ Superstar. Wouldn’t Icelandic Jesus be Jesus Godsson? #eurovision. #LOL! With the advent of this new vehicle for free speech we now have #eclectichumour, #uberpatriotism, #bigotry, #sexism, #genderism, #qualificationism #defamatory, #denigratory, #vilifying, #disparaging, #derogatory, #aspersive, #calumnious, #calumniatory, #slanderous, #false, #untrue, #misrepresentative, #traducing, #maligning, #insulting, #scurrilous, #slurring, #smearing, #informalmudslinging, #muckraking and many other questionable routes of opinion, smattered with a lot of abuse and finally the odd insult thrown out into the ether in the name of Social TV. Here is another: @keanone – why you British always send and OLD one? Send a YOUNG one with a good song. This may not be a terrible insult to you, however it is considered #ageist with respect to poor old Englebert and Bonnie.

Modern technology now permits the general public, across a slew of countries, including the 54 member states of the European Broadcasting Union, to have an open-mike opportunity for the purpose of publicly stating how they feel about all and every aspect of TV shows. Whilst the blending of Social Media and TV is unstoppable you could ask whether this uncensored diatribe is actually an enhancement to Eurovision, or any TV show for that matter. Do the producers of any huge expensive extravaganza want to be associated with this form of communication surrounding their work? It seems they do. Do the performers, the producers and the comperes need to be drawn into the game of ridicule and be ridiculed such as Social Media allows. It seems they do. Here is another

example: @Ironmounteen – The Bonnie Tyler song evoked, to my mind, a radioactive monkey carcass being forced through a rusty colander. Does this really enhance the show globally or are we merely inviting previously impossible, extremely perilous communication into the world of TV? When you are talking in the privacy of your own home, the pub or the office it is one thing. However megaphoning your opinion to all and sundry on the World Wide Web is a more dangerous game. If you had seen some of the Tweets during ESC2013 you may have cringed more at them than the singers or the songs. In reality you could say that a swathe of ‘offences’ were committed in Social Media, particularly in Twitter, under the umbrella of a TV show. Does television legitimize such behavior especially considering that in other situations and in certain countries there has been police intervention and court cases?

You would assume that this would open a very interesting debate about what law would be applied, and by whom, if a person insulted or perhaps threatened another person in a different country, on Twitter, during a Live TV Show such as the Eurovision Song Contest, the World Cup, the European Ice Skating Championship or other such wider reaching event. Have you come across any? Countries across the world have different moral standpoints and legal interpretations of what is right or wrong, even in free speech. Twitter defies boundaries, defies logic and defies law. So how do you moderate and ensure you keep it all nice and above board in such large events? Can you moderate it correctly without just completely ruining it even more thus abandoning it? Here is one that would be sensitive in certain places: @FriskyEll – Omg a Lezza kiss! Go Finland! #eurovision @bbceurovision.

Interestingly Twitter is now being positioned as a major platform for ‘Social around TV’ but more importantly as a TV ratings barometer. The premise is that the more people Tweet the more popular the event? This is surely incorrect. Having experienced Eurovision Song Contest 2013 you too would perhaps be a little skeptical about Twitter announcing its newfound role. The relevance of the Tweets must surely bear down upon any statistic bandied about. Social Media Metrics or Analytics has the media channels and TV pundits spouting impressive figures that state millions of likes, hundreds of thousands of Tweets. However this in fact may have little relevance to TV Producers. Why? If you take a deeper look you will find that the glitzy numbers are quite often a little tarnished when you get to the bottom of the story. Let us stay on Twitter as an example. You can see that the official @EurovisionSongContest Twitter account has 138,270 followers and some 6600+ tweets as of 17th January 2014. This is 0.11% of the viewing population and considerably a hugely insignificant amount of the 120 million viewers claimed. Digging down further on a country-by-country basis we see that as far afield as Australia that 2.93 million people tuned in over the weekend to see the semi-finals and final with a net result of 188,000 Tweets garnered or 6.4% of the viewership. Actually we have no idea of the real number of unique Tweeters or more precisely what they said in those Tweets. Here is a beauty: @danechalp – The Swiss are going for the headlines by entering someone who’s likely to die during their performance. #eurovision. This type of information from the stats would naturally be of relevance as well, wouldn’t you think? For a bit of fun let us say that on average there were five Tweets per person, which you could claim is on the low side for someone willing to engage in the show. That would make 37,600 Tweeters or around 1.25% of the viewers. Let us also pretend that around 50% of them stated that the show was lame. So if 0.64% of the Australian viewers didn’t like the show will the Eurovision Song Contest make any changes accordingly? No of course not. Even if you look at the European Broadcast Union members you can take the equation a little further by stating that in the 56 Countries if 50% of all Tweets were full of #nothingthataddstotheshow, absolutely nothing will change in the format of the Eurovision Song Contest, other than perhaps stopping the Social Media aspect due to the aforementioned problems that Twitter alone causes. Do the show producers really care what you think about the size of the breasts of a particular singer or a person’s resemblance to the Norwegian God of Thunder? Why is Social Media and TV getting so hyped about the value of Twitter as a TV rating system? Finally, who in your opinion should be the legal moderator for a growing European or Worldwide platform such as Twitter for TV events? Is it Twitter itself or the producer of the TV show who has embraced a Social Media strategy?