Remember back when you were a teenager, and you and your friends found this great restaurant and it was your own special place to hang out and you loved it so much? That was until your mom mentioned that she adored that place too, and then you never wanted to go there again?

That’s how ’ole Twitter’s recent decision to roll out photo tagging appears. The site is under a lot of pressure to prove it can still attract young people eight years after its launch, and photo tagging is yet another step in that process.

The problem is that other sites have been doing it for years. Why did Twitter just now jump on board? 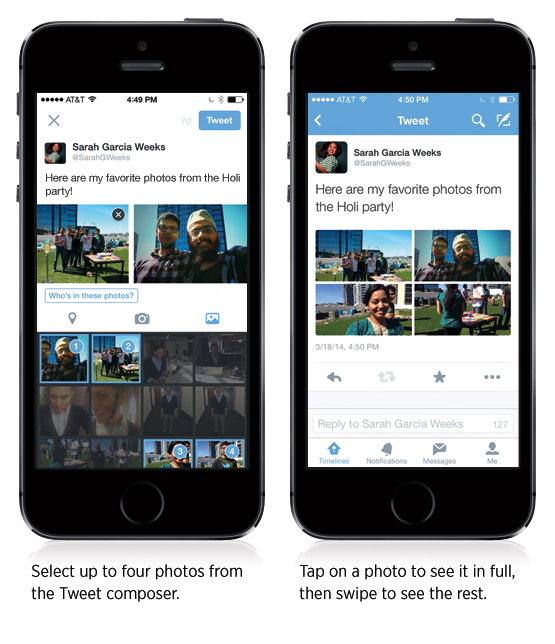 Why and How to Tag a Photo

Most people are probably familiar with photo tagging from Facebook and, more notably, Instagram. You can tag up to 10 people in your Twitter photos, and it surprisingly does not count against your 140-character count for each message. Tagging is a great way for businesses to engage more people in conversation. You don’t necessarily need them to actually be in the picture either. Feel free to tag people you think would be interested in what you’re writing about.

For example, say you sell power systems like Empire Cat, a Southwest Caterpillar dealership. When you get in a new upgrade for your product, you could tweet a picture of it and tag people who have bought similar systems before, alerting them to the improvements. It’s a bit more subtle than calling someone out in a tweet, which some customers find bothersome.

Waiting So Long for Photo Tagging

Still, while the concept behind photo tagging makes a lot of sense, many are wondering what took Twitter so long. It’s certainly had the technical capabilities to do so for some time, so why the hesitation? The answer can be summed up in one word: relevancy. It seems to be that Twitter is losing it.

Instagram is really the new Twitter. The site is for those with even shorter attention spans than Twitter. You don’t have to type out even 140 characters; you just have to toss on a few hashtags, or none at all depending on your follower base, onto a picture. This really appeals to young people who have grown up with social media and have moved well beyond the need for a more cumbersome system like Facebook and Twitter to stay in touch.

And it’s certainly reflected in the numbers. The growth of Twitter users has stagnated over the past year, while Instagram continues to boom like gangbusters. In fact, Instagram has now moved ahead of Twitter with mobile users, with about 2.7 million more than its rival. That’s not a huge difference, but what’s dangerous about it is the perception that Twitter is falling behind.

Hitting Where It Hurts: Advertisers

See, Instagram is beginning to roll out an advertising program for the first time, and advertisers are notoriously fickle. Never mind that they’ve spent hundreds of millions on Twitter in recent years. They follow the scent of the young and connected, and they think those people have now moved on to Instagram.

That perception really does stand to hit Twitter right in the pocketbook now that Instagram has a vested interest in wooing advertisers. Instagram is owned by Facebook, Twitter’s longtime rival for social media affection and ad dollars. While Instagram’s hipness may be the biggest draw for advertisers, the stability of Facebook behind it also doesn’t hurt. No surprise, then, that at the same time Twitter announced photo tagging, it also declared that it was getting into the photo collage business … which happens to be just the sort of thing you’d expect to see from Instagram.

Twitter’s by no means in danger of becoming the next Friendster. But it does need to keep one firm eye on Instagram, while casting the other to the future so it can jump on social media trends earlier — preferably much earlier than it did with photo tagging.