5 Reasons to Hop onto the Twitter Train If You Haven’t Already. 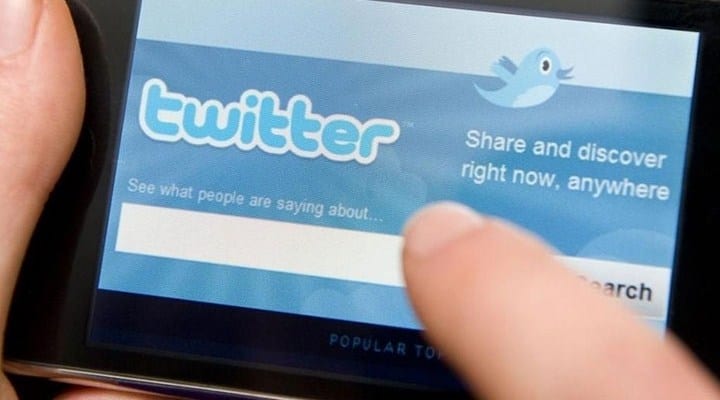 Since its arrival in 2006, Twitter has taken the social network space by storm, cutting it up into bite sized pieces of information for us all too quickly digest. With more than 500 million registered accounts and 1.6 billion search queries per day, it’s fair to say that Twitter is popular.

With the likes of Facebook, Google+, Twitter, Instagram, LinkedIn and Pinterest among some others all vying for your attention, there just isn’t enough time in the day to stay on top of all these social networks. And in truth, you probably wouldn’t want to even if you could!

But what is it about Twitter that makes social networking a notably more enjoyable experience? Below are 5 reasons why Twitter keeps pulling us back day after day.

The simplicity of Twitter is just so inviting. For a newly registered user, understanding the user interface and the way in which Twitter works is far easier than some of its competitors. Twitter doesn’t have many tools or options, just Tweet and follow people you are interested in. There isn’t much else too it – less is more.

The thought of following celebrities and businesses sounds like the perfect opportunity for them to litter your Twitter feed with advertisements and sales pitches. But contrary to one’s first thoughts, this is not the case. Although now and again you will see advertisements from businesses, for the majority of the time tweets will be helpful and non-intrusive.

Twitter enables businesses and celebrities to have a voice, free from the constraints of other media platforms. Twitter gives you access into the lives of your favourite people and brands with an openness that is always well received.

On no other social network has consumer and business engagement been more prevalent.

Twitter allows you to tag any Twitter account into your tweets as a form of quick communication. You may find grabbing the attention of a celebrity a tough task, but Tweeting your favourite brand with a compliment or a concern normally can yield a quick response. Twitter has quickly become a useful customer service tool for many businesses. If you’re having a problem with a product or service, a simple tweet can go a long way. Businesses diligently check their Twitter feeds as a message that is left without a response can look bad on a company since the general public can also see.

Twitter tracks the trends of what people are talking about and displays these trends in an easy to read box that keeps you up to date with popular social talk. These trends can be filtered down by country and even a city if desired.

For many people, learning about current events happens more often than not on Twitter. The more people tweet about a particular event, the faster it spreads and hits the top trending topics. On the 19th June, Facebook went down for around 20 minutes and the hashtag #facebookdown was trending worldwide in less than a minute. The shows the power of trending topics and how quick they can deliver news.

Before social media, having a ‘connection’ with a celebrity was a rare thing. In today’s digital age, having a connection with a celebrity is quite common. Twitter allows celebrities to connect with their fans instantly via a simple tweet or retweet, and for the majority, they do so (otherwise why would they be on Twitter?).

No other form of media allows you to talk to a celebrity in the same way. Although the likelihood of you grabbing the attention of a celebrity via one of your tweets may be slim, the feeling that celebrities are actually ‘real’ people does remain with you.

Over the years, celebrities have tweeted some quite memorable messages, gathering a huge amount of retweets. Take this Twitter quiz to test your celebrity knowledge by guessing who tweeted what.