Brazil & Beyond: The World Cup On Social Media. 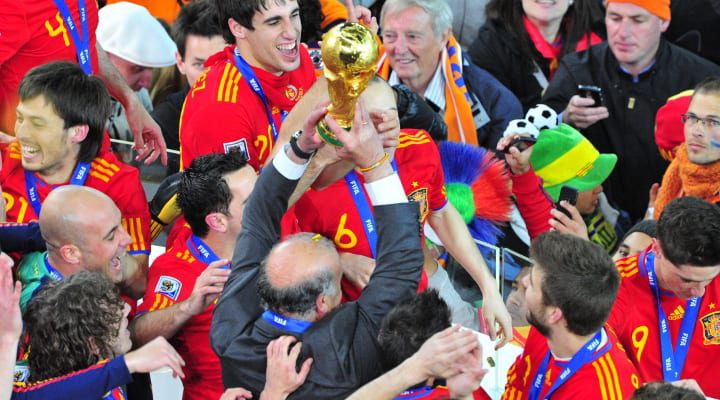 Over a year ago I travelled half way across the world and fell in love with a South American beauty called Brazil. This infectious land of sun, sea and samba is a holiday fling I will never forget. Every Monday morning I wish I was back on the beach in Rio sipping a caipirinha cocktail without a care in the world. I’d rather be sweating in the sun than on a packed tube in London. Life is a beach in Rio, so much so that when locals meet each other in a social situation a common question is “where do you beach?”

The divide between rich and poor can be seen from the top of the Christ redeemer statue that overlooks the so called city of God. The cramped, hot favela slums are perched precariously high up in the hills while the air conditioned apartment blocks of the rich dominate the streets below. This wealth divide seems to wash away on the beautiful beaches that are enjoyed and shared by all members of Rio’s society. Whilst Brazil is known for its natural beauty it’s also renowned for its love of football and the beautiful game. The FIFA World Cup is about to kick off in Sao Paulo and a month of silky skills, scorching conditions and potential protests are guaranteed to make it an unforgettable tournament.

I’d give my right arm to be back in Rio relishing the beautiful game at its best in one of the world’s most beautiful cities. Fortunately with the help of the internet and smart phones the world cup and all its glory will be accessible in the palm of my hand. Live games will be enjoyed on TV and radio but these traditional media outlets will be overshadowed by social media which will be the real star player during the month long tournament. Facebook and Twitter allows you to discuss the game as it happens with a worldwide audience, see social posts from players, coaches and celebrities as well as enjoy pre and post-match analysis. When the game has finished and you’ve left the pub or turned off the telly the World Cup action will still be in full swing on social media sites.
TV and radio will enjoy their usual advertising revenue bounce; however the real winner in terms of where marketing resources and effort are being directed is social media such as Twitter, YouTube and Facebook. Whilst the world’s best footballers battle it out on the pitch the marketing battle is going digital.

Like all major sponsors Adidas has launched a global TV campaign, fronted by Lionel Messi, but the tag line “all in” aims to push consumers to engage on social media platforms such as Twitter. Tellingly Adidas has opted to spend more on digital marketing than TV ads. For the 2010 World Cup just 20% of market spend was digital. Four years later and pretty much all of us are carrying around a mobile stadium and world cup guide book in our pockets. Scores, substitutions, team news, injuries and dodgy decisions will all be viewed, discussed and shared via a smartphone which is a hugely compelling opportunity for a marketer.
Facebook is plugging its user base as the “biggest stadium in the world” – a global audience for advertisers to target during the football tournament which begins this week. The importance and power of a social media strategy is underlined by Twitter which says there have already been more posts about the World Cup before a ball has been kicked in Brazil than for the entire tournament in 2010. Considering the recent Champions league final generated more than 8.4 million global tweets, the World Cup will put that number to shame.

Social media interaction can unite fans from all around the world and capture the excitement and spirit of the World Cup. Thirty one of the 32 World Cup teams are now on Twitter (with Spain and Italy among those announcing their squads on the platform), as are more than 300 of the tournaments players. Every World Cup squad has at least one player on Twitter. Iran doesn’t even allow Twitter within its borders but some of its national players have even joined team Twitter.

No matter who your money is on, whether you are a fan or a marketer, everyone will be a winner during this World Cup. Thanks to social media you should never miss a foul, trick, golden goal or wonder free kick. While our teams sweat it out in Brazil I’m sure we will be made to sweat at home in front of the TV.
Millions of excited fans are waiting in anticipation for the action to kick off and the drama to unfold. The exotic stage is set and the World Wide Web is ready for one of the biggest sporting and social events of all time. Whether you are watching the games with friends, family or just your mobile phone you will never be alone amongst the shouting, cheers, screams and tears. When it comes to social media it’s not about the winning but the taking part (let’s just hope Roy Hodgson doesn’t use that phrase during England’s first team talk!).