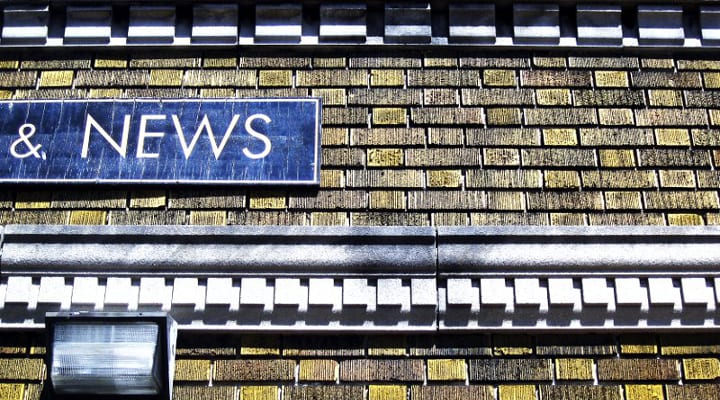 True, that at time when traditional media sees falling revenues and an even steeper decline in public opinion, the market for news providers has never been more open. But considering much of that gap is currently being filled by companies more insistent on ‘viral content’ and ‘clickbait’, for many the craving for informative, easy to understand news still hasn’t been satisfied. And with so many organisations reporting the news through viral images and ambiguous headlines, it seems as if newsmakers today are more concerned with getting facebook ‘likes’ than actual reporting.

There are some organisations attempting to buck that trend though.

With a mission to ‘cut the jargon’ out of news reporting, Clippet, an up and coming audio news app, wants to use the power of social media to make the news accessible to young people. To Clippet’s founders, it’s not that young people have ‘lost interest’ in the news- it’s that they’ve become bored with the way that it’s currently being reported, whether it’s a government policy made more confusing than it needs to be, or a foreign event that has been made trivial through an overuse of empty acronyms. Indeed, co–founder and head of content Grace Regan says, “The style of traditional journalism has become stale and irrelevant. It’s written in a long–winded, inaccessible manner, using words and phrases that would never be used in everyday conversation. We’ve spent the last 8 months developing a unique Clippet editorial style that puts news in the most approachable and conversational way possible. We hope this will enable us to re–engage our generation with important issues.”

With a growing number of young journalists among its staff, the company produces twenty news stories a day, covering the most important and relevant issues of the day as well as ones that are often neglected in the mainstream press. Recently, the company have produced stories on the world’s first waste–free supermarket, Julian Assange modelling at Fashion Week and concentrations camps in Myanmar.

But it isn’t the choice of stories that necessarily distinguishes Clippet. Unlike most news start-ups, who usually stick to publishing online, Clippet believes that different mediums are needed if the news is to be understood. Each journalist records their own stories into ‘clippets’- short audio reports that are later broadcast to the app’s users. For Clippet, using audio not only makes current affairs easier to relate to and understand, but it also can make the news more interesting. And, unlike your standard radio report, clippets are recorded in an informal manner, using simple, easy to digest language- making it ideal for sharing online.

Like most tech start-ups, social media is a big part of the company’s strategy- particularly as it’s tailored toward an 18-28 year old demographic- one in which around ¾ regularly use services like Twitter and Facebook on their phones. As a result, each clippet is designed to be shared. Each audio clip lasts no longer than one minute, giving users an incentive to listen and share the report in an instant. Additionally, each clippet is accompanied by an ‘explore’ button which links out to at least 3 relevant sources, such as an online article, Youtube clip or interesting visual image. Ultimately, rather than bombard users with its content online, Clippet’s social media strategy is more subtle- get people interested with high quality reporting, and the sharing will happen naturally.