Club Penguin in a Nutshell 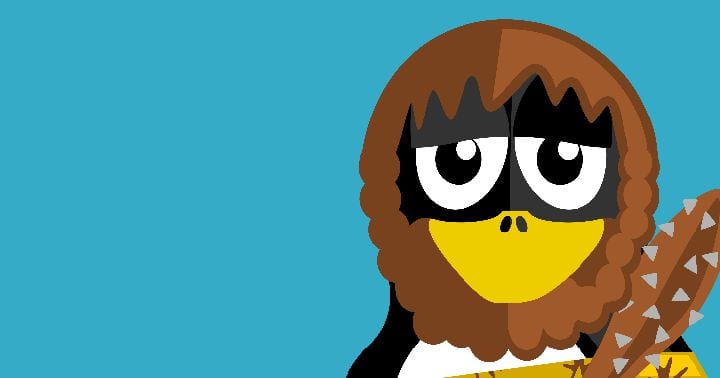 Unless you have a child who is between the ages of about six to fourteen, you have probably never even heard of Club Penguin. Basically, Club Penguin is a social game world for tweens that involves – you guessed it – penguins! I know a number of parents are curious about this highly popular site, and wonder about how safe it is for their younger children, which is why I’ve put together this “in a Nutshell” post!

What is Club Penguin?
Club Penguin was made available to the public in 2005 and in July 2013 it reported having over 200 million registered user accounts. It is a Disney-owned virtual world that contains a range of games and activities for players to engage in. To start with, each player creates a cartoon penguin-avatar to use – with this, they can then play games, interact with others, look after their pet “puffles,” earn in-game currency to purchase furniture for their igloo and attend parties.
Free memberships are available, with revenue being raised through the paid membership option, which provides users with additional features.
The game is specifically designed for children ages six to fourteen, however users of any age are allowed to play. Club Penguin believe their game offers children learning and development opportunities which include: the development of motor skills, a chance to express their creativity, develop teamwork skills, learn about money management, become more globally aware, and increase their socialisation and responsibility.

Privacy – on the whole, it is good!
Because their target market are all pre-teen, the major focus for Club Penguin developers has been child safety.
In order to register an account, a parent’s email must be provided, to which an activation email is sent. From this email, parents can specify the privacy settings of their child’s account.
There is a “Safe Chat” mode which screens out inappropriate words, phrases and slang. The developers are also continually trying to keep up with the “dictionary dancing” that goes on, for example, to prevent bullies from saying “you’re gay” the company also blocks out phrases like “you’re grey.” Their “dynamic validation” feeds messages into a real-time search engine that tries to determine the meaning and appropriateness of them – apparently 80% of what is typed by Club Penguin players is ultimately ruled “safe.” There are over 200 Club Penguin moderators working worldwide around the clock to live monitor comments being made by players. These moderators manually screen out usernames that contain players’ real names, which is an effort to protect children’s identity. They have also established an “Ultimate Safe Chat” mode, where users select their comments from a list of available comments, which prevents swearing and the revelation of personal information.
Club Penguin also offer a reporting system for kids to use if someone is leaving inappropriate comments that get past the filters.

Issues & what parents can do:
From what I can gather, Club Penguin is doing a very good job at keeping their virtual world safe for children. It seems to me that the only real issue arises when children deliberately attempt to get around the filters in order to reveal personal information or bully others. Another issue arises when children share their passwords with a “friend” who then has easy access to wreak havoc from their account.

To avoid the potential harm that could arise from these scenarios, parents should discuss Club Penguin with their child before setting up an account, as well as while they are using it. Explain stranger-danger to them, and why Club Penguin filters out certain topics and messages. Also emphasis that no matter how close they are with their friends, they should not be sharing passwords! Encourage them to report any bullies to Club Penguin and let them know that they can also talk to you as well!