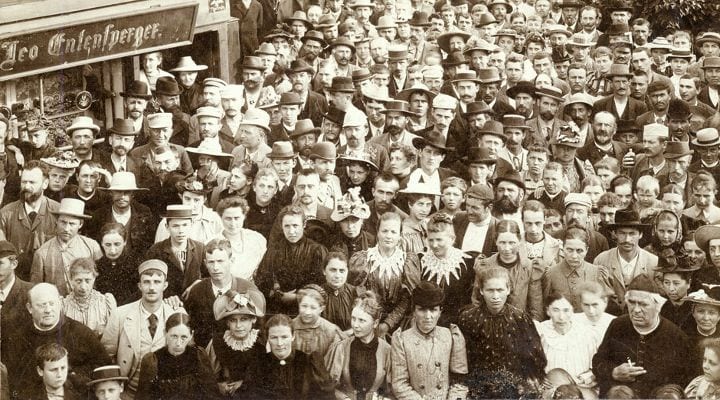 Now obviously these new followers were not targeted in any ways and in some cases were quite random, so this got me to thinking:

I have written in the past about what it is to be social and it seems to me that in some cases there is an inverse correlation between the number of followers you have, and the ability to be truly social.

The main idea of social media is to engage in open two way communication with other like minded individuals and potential customers or clients. The key here is the two way communication. How social would you class someone if they walked up to you, made a statement but then completely ignored anything you responded with and simply made another statement a short while later? Unless those statements were really interesting, amusing or groundbreaking, you would soon get bored and move on elsewhere to someone who actually took an interest in what you were saying.

Save for celebrities, where people seem to hang on their every word no matter how inconsequential, us mere mortals don’t usually get that sort of response and to ensure that our followers are engaged, we need to work ourselves to engage them.

So what do I mean by ‘engagement’ in Social Media? In web analytics, identifying what engagement is is a whole topic in its own right, however when talking about Social Media, the easiest way of explaining engagement is simply someone actively responding to your posts by way of either sharing your comments, or reacting and responding to them.

If all that you are looking for is for people to share your comments, you are basically working as a broadcaster. There’s nothing wrong with this per se, however it is one way communication and in some ways can be viewed as being quite arrogant. It’s like stating that you are more important than other people so you can happily ignore their comments.

The best way of working with engagement therefore, is to actively respond and engage in ‘conversation’ with your followers, and this is where the crunch comes with regards numbers.

The more followers you have, the more work that is required to be able to actively engage and converse with these people. It is incredibly powerful when run correctly, but can cause massive unhappiness if it goes wrong or if you ignore people.

I’ve encountered two examples of this very recently myself. In the first instance I had a watch whose manufacturers I attempted to contact via both their website and social media. I was ignored, and as my contact was a complaint, this made me even angrier and I had several rants on social media about their lack of customer service. I had an audience in my followers and happily shared my negative views. I have a moderate number of followers, but think of the impact that could have had if I had been a major influencer?

In contrast, whilst out shopping recently I made a funny and facetious comment about the technology in a supermarket. Smiling smuggly to myself I continued shopping and then received a response from the supermarket itself. I must have had many people looking at me askance as I read the response androared with laughter. Bear in mind this was the weekend too. The major supermarket had not only responded, but had done so in a fun and humourous way that perfectly echoed my initial comment. I follow them now and they do this regularly. It has to be one of the best larger uses of social media that I have ever come across, but unfortunately is comparitively rare.

In essence what people need to realise is that large numbers of followers are only good if you have the capacity to work and engage those large numbers. If a company goes out with a large push to increase their followers, but doesn’t have the infrastructure in place to maintain the levels of contact with those new followers, they can actually end up causing themselves more harm than good.

This is why it is imperative to ensure that before you embark on any form of social media assault, you have all the relevant tools, procedures and personnel to be able to deal with the resulting followers and make yours a social account that is talked about for all the right reasons.