Great Leaders Are Ruthless, And You Have To Be Too 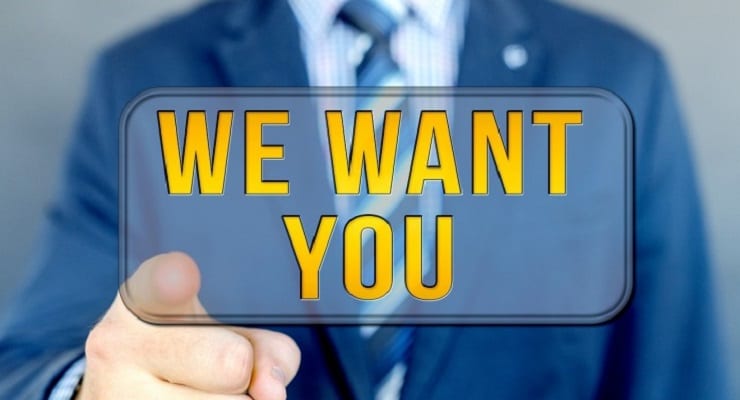 Take a look at any great, successful leader, and there are features which stand out like a sore thumb. For instance, the willingness to work 100 hour weeks, Monday to Monday, without a break. On top of this, the best also use their time incredibly efficiently. Quite simply, Elon Musk and Jeff Bezos don’t work hard for the sake of being in the office.

Equality of outcome isn’t something everyone will strive for, so these traits aren’t appealing. You want a life outside of work, and that is perfectly reasonable. But, that doesn’t mean we should look at the visionaries of the world and think they have nothing to teach. As leaders, they are constantly churning out lessons.

Consider ruthlessness for a moment. Whether it’s Zuckerberg, whose stock isn’t high, or Buffett, who’s the grandfather of investing, they are both cold-blooded. And, do you know what? You have to be, too, if you want your career to take off. The word has negative connotations, so it doesn’t sound nice, but being ruthless isn’t just stabbing people in the back. Here’s how the greatest do it, and how you can follow suit.

Recently, Tesla’s internal emails were leaked to the press. In them, Mr. Musk outlined the importance of building as many of the new Model 3 prototypes as possible. In his view, it’s essential if the company is going to turn a loss into a profit. And, he was unashamedly vocal in his support for disregarding the chain of command. At one point, he told people to make their own decisions without asking for permission. Quite a statement from the leader of the company. What this shows is that leaders have to weigh up the pros and cons, listen to reason, and then go down a different path. Sure, you may not be in a position of power within the organisation, but it doesn’t mean you can’t be a leader. Employees can take it upon themselves to drive the vision of the company and bypass management. It may go badly, but it may prove to the hierarchy that you’re a shepherd and not a sheep.

Hate him or love him, Donald Trump has no qualms firing people who don’t fit his agenda. Now, it’s worth noting the term “his” here because the Presidency revolves around one man. Successful leaders, Obama for instance, take the mantle of power but uses it for the good of the people. The team is a living, breathing organism, and one weak link can make it obsolete. Again, you may not have the power to sack people on the spot, and to try would be comical. However, certain people do have the ear of the management. As Machiavellian as it sounds, ruthless employees use this channel to amazing effect. An example would be to point out that they are harming the team and not pulling their weight. The decision to fire said person would be at the digression of the boss, but you can have a say. And, it’s something worth considering when their negligence is harming your career.

Okay, so this paragraph may completely contradict the last one! As much as successful CEOs are duty bound to the team, they also have to protect their interests. It’s short career concerning being at the top, and one has to grab opportunities with both hands when they arise. After all, they don’t come around too often. Ask Margaret Georgiadis, the former head of Mattel who stepped down to accept a position at Ancestry. A Chief Executive Officer role could be a way off yet, but the moral of the story is to use a job as a stepping stone. An accountant shouldn’t be happy to stay at one company for the rest of his/her life depending on the circumstances. Instead, they should search for payroll jobs with the competition to see how they may progress in the future. Even if leaving is hard, an offer is a form of leverage. Hopefully, the company will act when they see you are serious about moving and amend your contract. Protecting the team and being selfish is a tightrope which is very difficult to walk.

The housing market was booming until 2008 when it took an unprecedented hit. There are too many figures to get into the specifics, but millions of people lost their jobs. Also, many more lost their homes, savings, and pensions. People were left homeless with nowhere to go. Although a huge percentage of employees lost their jobs, the lucky few managed to survive. How does one work in those conditions? How do you set foot in the office and think “let’s go to work?” It’s a hard one to answer, but the ruthless few found a way to prosper and they did it by boosting morale. This doesn’t sound like a cold-blooded thing to do yet it was merciless in its own right. Trying to be happy and cheerful at such a time was the last thing anyone wanted to do. Let’s not forget they were affected by this, too. Still, the driven ones knew they had to be productive to cement their position, and, to do that, morale had to increase. Sometimes, you have to be the one to crack a joke or smile even in the worst of situations.

Bullying in the workplace is going to new heights in 2018. More and more people are reporting inappropriate behaviour in the office and civil suits are rising. Leaders with a vision aren’t too bothered about the phenomenon. Sure, the lawsuit thing isn’t productive as it may cost the company a lot of money. However, because there is a judgement doesn’t mean the culture will change. If it is in the business’s best interests, they will simple manage workers out of positions. Employees can do the same by maintaining the culture. Some will be offended, but a competitive, fast-paced environment is essential for success.

So, do you think you have the cojones to be as ruthless as the billionaires of the world?