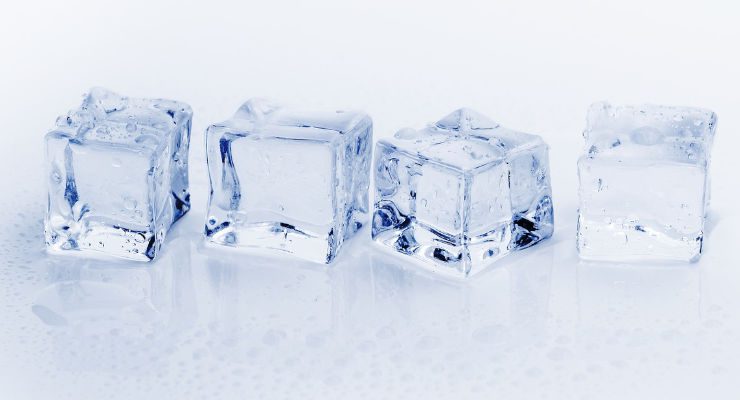 Many homes will boast some kind of freezer and if we can spare enough space in them, no doubt a little try of ice cubes too. Come those days we decide to treat ourselves to a Scotch and ice or that Summer’s day cocktail, we will head for the freezer and hope that we had re filled the tray since last time!

You can try the fantastic London Ice sculptors who create amazing works of art out of ice.

So how comes that when we freeze the ice it never appears as clear as the water from which it is frozen, most times it will appear cloudy?

The main reason behind our ice cubes not being crystal clear is oxygen in the water and the way in which we freeze the ice cubes. Water contains many extra little particles and also oxygen (this is how fish breath in water) which become entrapped in the ice that forms when we freeze it. As we freeze our ice cubes at home in our freezers the water freezes outside to in – The outside freezing first entraps the air from escaping within so that as the water continues to freeze all the way through the oxygen particles remain inside and thus cloudy the water.

To remedy the cloudiness of the ice cubes we will have to try and remove the oxygen in a way that when freezing commence the oxygen can still escape.

We tried many ways to solve this puzzle to include boiling the water first which never gave us clear ice cubes, the one way which did was by the following steps:

Why has the oxygen been removed and the ice now is clear?

What we did was to give the oxygen a chance to escape. The water freezes outside to in as we know, here the oxygen in the ice cube trays is able to escape down through the newly made holes to the centre where the final freezing and most likely cloudy ice will form.