Kik Messenger in a Nutshell. 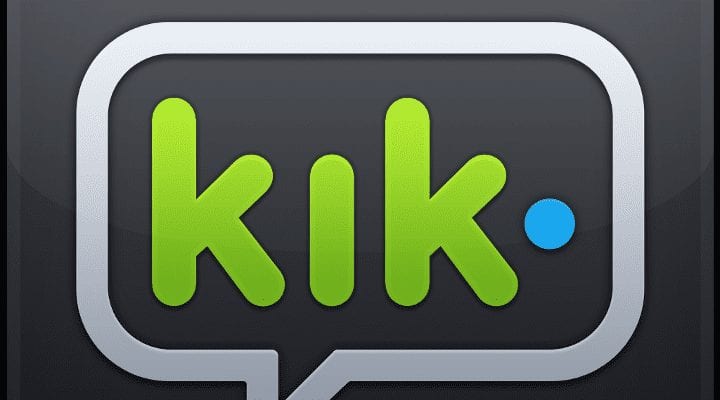 Although I consider myself fairly up-to-speed with all the cool social media “trends,” the fact that I am now twenty-two and not fifteen is starting to show! For instance, I had heard of Kik Messenger in passing, but never paid much attention to it. But then a parent signed up to one of my seminars and asked to know more about Kik Messenger because their teenager was using it and apparently it’s become a pretty big deal. So I knew I needed to start paying more attention!

The Sydney Morning Herald published an article earlier this month about Kik Messenger. At the end of the article, they encourage parents not to ban or block the use of social media such as Kik Messenger, but to instead educate themselves about the social media their children are using, and to set boundaries for that use.

And I agree 100%, which is why I have put together this “Kik in a nutshell” blog to help you out!

What is Kik :
Released in 2010, Kik Messenger is an instant messaging application for mobile devices. Using the device’s data plan/Wi Fi it allows users to send and receive messages without paying the rates set by phone service providers. Kik Messenger allows users to share text messages, photos, sketches, voice messages, YouTube videos and other content, with up to eight other users. The company has recently introduced Kik Cards, which according to Forbes are, “essentially mobile web applications – ie websites – designed for tiny mobile screens.”
To date there are 100 million Kik Messenger users, with 50% of these living in the United States. Kik Messenger is rated for people aged seventeen and older, however experts say children aged eleven to fifteen are its main users.

Privacy Issues:
Kik Messenger users do not use their mobile number or full name, instead they create a username. On the one hand, this provides users with a level of privacy, protecting their identity from shady characters. However this also has the reverse effect in that it is not always possible to identify who you are talking to. Just like traditional text messaging, conversations and images shared on Kik Messenger can’t be viewed publicly, only by those included in that particular conversation. This is good for protecting users who share questionable content, but it does make it harder for parents to monitor what their children are doing (Facebook is so easy in comparison!) Users must have someone’s username in order to begin communicating via Kik Messenger. In theory, this means only people a user knows in real life would be able to contact them – however, a growing trend is for users to publicise their Kik Messenger username on their Instagram profiles – which can have a profile privacy setting of ‘public.’ This opens up the possibility of strangers from all around the world contacting them.
The New South Wales police have described Kik Messenger as “the number one social media problem involving teenagers,” with their concern being that drug dealers and paedophiles trawl Kik Messenger “taking advantage of that hidden communication.” Kik Messenger is also becoming popular for sexting.

Putting it in perspective:
There is no denying that there are serious risks related to the reckless use of Kik Messenger. However the way I see it, these risks are just as applicable on any other social media site, except for the fact that a username (as opposed to their full name, like on Facebook) does present further potential issues. For instance, sexting occurs through SnapChat, traditional text and no doubt many other mediums. Paedophiles trawl through sites ranging from Facebook to Club Penguin, there is nothing surprising about them jumping on the latest teen trend. It seems that when used correctly, Kik Messenger has some great potential – it makes communication cheaper, and allows for groups to chat together and coordinate events as well as protecting their personal information. I think that one reviewer on the Kik Messenger iTunes review page, sourced by Be Websmart, summed it up pretty well, “This app is quick, easy and fun, but too many pedophiles asking me for nude pictures which almost forced me to delete this app. But it is safe as long as you don’t talk to strangers.”

What parents can do:
–       Educate yourselves about Kik … check!
–       Remind your children that stranger danger exists online and not to chat or arrange to meet up with anyone they have only spoken to online
–       Establish an open and trusting relationship with your children so they feel comfortable discussing their activities on Kik Messenger – and other social media sites – with you
–       Depending on the setup you have with your children’s devices, you can adjust the App Rating Restrictions for iDevices to prevent the downloading of adult-oriented apps like Kik Messenger. For more info: http://www.bewebsmart.com/ipod-ipad-iphone/how-to-restrict-apps-by-rating/