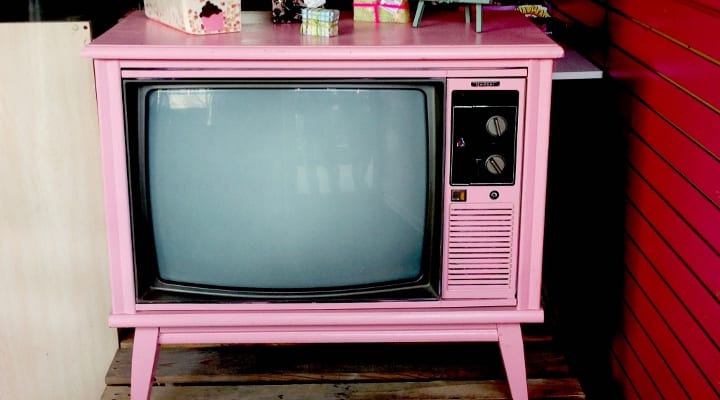 Recent surveys show that despite the increasing speed of data via the internet, watching television at home still remains the most common place for people to watch shows on TV.

Ofcom’s Director of Research James Thickett said: “Our research shows that increasingly families are gathering in the living room to watch TV just as they were in the 1950s – but now delivered on bigger, wider and more sophisticated sets.” This no doubt will be enhanced with the quality of television sets currently being sold with integration of internet and Apps. Thickett also stated that “Just a few years ago, we would be talking about last night’s TV at work or at school. Now, we’re having those conversations live while watching TV – using social media, text and instant messaging.”

This increased usage of mobile accessing devices has driven a quarter of viewers to ‘media meshing‘, where a mobile device is used to talk about a show online as it’s being watched on television, prime examples would be X-Factor, Britains Got Talent or Strictly Come Dancing. Next time you are at home and watching television in your high gloss TV unit with the family take note on how many in fact have an internet accessing device in front of them! More and more of us are discussing the latest television programmes on social media with many asking for audiences to engage with them live whilst the show is being aired.

More national and international brands are seeing these figures as increased opportunities to sell more products. For businesses really embracing social media, out of hours management is becoming vitally important as their key target audiences might very well be active during the latest episodes or talk shows where their products are being discussed. A good example of this is a client of ours who wanted us to post Tweets with keywords and hashtag to a style of clothing brand which a celebrity was wearing during an evening national soap.

‘Media meshing’  is a growing trend and this is proven by examples such as during the 2013 Wimbledon Men’s tennis final, 2.6 million tweets were posted relating to the match, with 80% coming from mobile devices!

Media meshing is the process of using one of the media, such as a blog or a website, to enhance the experience of another medium, such as a newspaper article or a fictional television program. “Meshing” may describe activities and motivations of an information receiver which are completely independent of the intentions of the source of that information. “Meshing” may also be used to describe the activities of an information provider, who may intentionally encourage consumer engagement by using multiple media or channels of information exchange related to a product or organization, as in an integrated advertising campaign. Strictly, in both cases, “media meshing” ultimately describes the behaviour of the person receiving the information. Source WikiPedia.