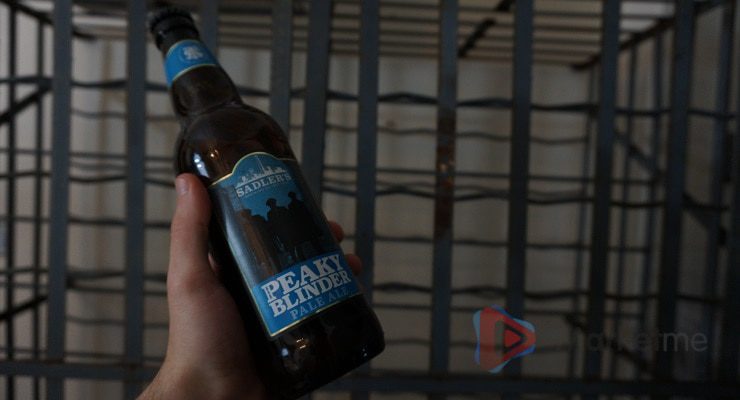 Sadler’s Brewing Co is situated in the heart of England’s famous and industrial ‘Black Country’. Founded in 1861 by Nathaniel Sadler and later expanded by Thomas Alexander Sadler. Today the brewery is still run by 6th generation brewer Chris Sadler.

Sadler’s has released some new drinks with some special Peaky Blinder labels.

What Is Peaky Blinders?

Peaky Blinders is a British TV show, first aired on the 12th September 2013, the show has just finished it’s 5th season and has 30 episodes to watch.

Peaky Blinders follows the Shelby family, a street gang based in Birmingham England who have bigger ambitions, you’ll see them rise up in the criminal world, taking what they want, but not without consequences, you’ll see both the physical and mental strain it has on Thomas Shalby and his family.

The Peaky Blinders were a real-life street gang based in Birmingham. They dressed smartly and stylishly, often wearing tailored jackets, button waistcoats  and flat caps just like in the show but the Shelby family was created by the show’s writer Steven Knight from scratch.

The Peaky Blinders could be found on the streets of Birmingham from the end of the 19th century until the start of the First World War. These young, unemployed, working class men were known for their violence, robbery and for taking control of the gambling industry.

The TV show mixes both fact and fiction, the Shelby story isn’t based on real life events, but it is inspired by them, using historical events and trends, like the 1929 Wall Street Crash to build a compelling story.

Peaky Blinders Pale Ale – Tasting Notes – “Tropical fruits, melon and a hint of vanilla on the nose and zesty, citrus and a touch of orange in the mouth.”

Even though season 5 has come to an end, this Peaky Blinders Pale Ale is the perfect drink to have with you while catching up or re-watching from the beginning.