The Divided States of Social Media 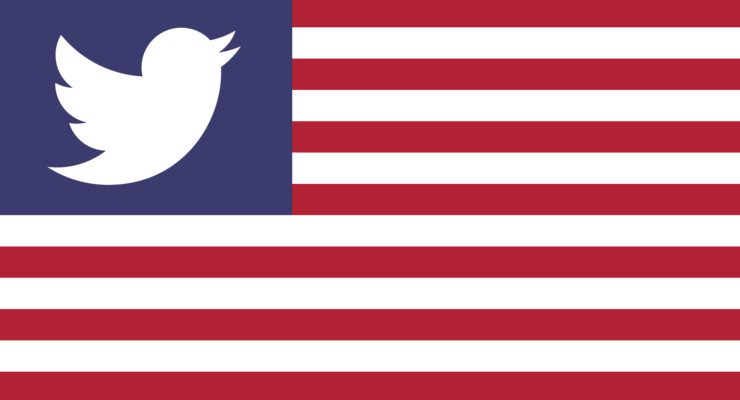 I was an early adopter of social media and have continued to use it since around 2007 both for social and business reasons. For me it has been a love affair and I probably do not want to even think about or try to work out how many hours of my life I have spent posting, tweeting, uploading, commenting and everything else that social media tempts us in to doing.

Social media, the concept itself, is an incredible discovery and invention with many unbelievably powerful channels such as Facebook, Twitter, Linkedin, Youtbe. It has been a wonderful tool to help get users closer together, to bridge gaps between individuals, allowing us to connect with like minded people (groups and pages), making us feel less lonely, helping to build businesses and brands as well as giving us a place for freedom of speech. It has helped to get messages out far and wide and in most cases these platforms have provided this for free and have helped many to become millionaires and globally famous. Educating, engaging, entertaining – social media has offered it all.

As the social media platforms evolved and went through buyouts, they adapted themselves with many great features to enable any one with any interest to use each of them and yet remaining great socially for networking and well as great business marketing tools with advertising opportunities for third parties to target and reach big numbers. In all honesty, and especially for the set up and facilities within Facebook, social media platforms were the only place to be seen and to see people / businesses on.

I will offer social media a big thank you as I saw early on how powerful they would become, I spent many hours creating communities and networking with new business professionals which became important to my progress and exposure of my online businesses. I spent much time training others in how to use social media, I stood up at many trade shows and spoke to rooms full of people hungry to find out more. I have seen many people make great success of themselves via social media, building profiles and brands. I have also used many businesses having found them on social media from personal coaching to finding our current house thanks to a property listing.

I hope you get from my words above that I am in support of social media and have much respect for what it offers those that wish to use it.

Now though, I want to look at my title of this article, ‘Divided States of Social Media‘.

Progressively we have also seen a darker side to social media. I wish to point out again that at this stage it was not the doing of social media directly, when we have a growing number of people and free speech then we will inevitably find arguments, disputes and much worse. We have also seen, and continue to, much crime haven taken place via social media from the likes of theft at homes to predators chatting to and meeting up with children.

The biggest increase of the ‘darker side‘ has been the free speech of the people. We live here in the UK with free speech so most of us accept this and it actually invites positive and healthy conversations and debates that we can either learn from or dismiss. As soon as we lose free speech then it will be a very dark time ahead…

Now, we obviously need to set sensible boundaries with free speech as this does not cover us having the right to abuse others. Social media once again has acted very well in tune with this both deleting such content, banning/suspended accounts and enabling others to report/block that what they see is against the rules of / terms and conditions of the service. I hope I can say that none of us wish to see social media being used with abusive users and comments / posts.

Up until now I hope I have painted a very positive picture of social media. A fantastic channel of communication, great resource of information and for many it being their daily entertainment and engagement with others.

The Dark Side: Over the last few years, again speaking as a more or less full time user of social media, I have seen a progressive opinionated content stream especially towards politics and the subjects that float around it. It really started, I am referring to here in the UK, with the lead up to and following on from Brexit. This set a divide between people and from first hand experience, the attempt to both restrict freedom of speech and attacking those who did not share the same opinion grew from a small proportion of users that were politically driven. Arguments ensued and plenty of spite was seen daily of which boiled over to seeing many, including myself, increase the usage of blocking accounts and reporting content such as those being racist, rude or threatening.

We have now escalated the darker side in the UK as the election of 2019 and Boris Johnson / Conservatives came and went and an increasing attention and tension built towards Trump and the battle for the Presidency of the United States of America.

Division in our day to day lives, that of between left and right political views, was fully thrown out on to social media as that for many of us is our biggest voice / channel of communication – Probably not wanting to be the place for all of this, social media has had to endure it and decide how they wished to deal with it. They are important communication channels of news from person to person to news media outlets sharing to the masses. People undoubtedly, myself included, trusted more what they saw on social media to that of the national and international press. I would say that it is thanks to social media, primarily Twitter, Donald J Trump’s route to becoming the President was made easier and more successful with votes as millions flocked to follow him and track his updates / tweets – he grew to nearly 90 million followers.

Social media suddenly played party politics and has seemly steeped in. A slowly increased leniency towards a certain political view was first shown by Twitter and soon after followed by Facebook, to a point where only recently both founders of these platforms were taken to and had to answer for their actions at the supreme court in the USA.

People’s voices were starting to be removed either by single posts or account suspensions and this was usually because of a political point of view or an opinion on a certain trending topics, such as on the covid-19 situation.

“I have tested the response to and actions of social media platforms to both rude and aggressive posts from both sides of the political fence and results show that actions were taken for both, which makes me feel confident that the resolution departments are run fairly and correctly.“

As we headed towards 2021 and the debates grew globally on the results of the USA Presidency we have really seen things stepped up by not only the users of, but the owners of the social media platforms. The source of communication of some politic viewpoints and news were seemingly taken down as were the comments of users. An obvious support of, or at least, war against Trump was firmly on the cards namely from Twitter followed by Facebook and despondent users of such social media platforms looked for alternative places to go to use social media as before and chat/discuss/debate on all topics and this is where Parler saw a serge in users. The President of the United States of America’s Twitter account was taken down, re-instated, then soon suspended indefinitely – Many other high powered and big voices were also shut down.

So, in a few short years we have gone from these most wonderful social media platforms giving the world so much connectivity and enjoyment to now them being politically persuasive platforms?

My opinion is firstly that these are private companies and they have the right to decide what they want on their platforms. They provide a free service, you do not have to use then if you do not want to. But, do they not have a duty or should there be a code of conduct so that they remain impartial? The better formula, and one that I would have carried out, is to ban all from both sides rather than one – Give stricter guidelines and ban key words, ask that political leaders keep to content within set criteria. The only reason I feel that a total lock down on some voices is that they either their disliking of or concerned about what they might share?

Divided states of social media? How I wish we could go back to when they were non-divisive and there for all the people and ideally not taking any side in politics so everyone can network safely together. They are great channels of communications and bring so much good to many globally, I hope we are not seeing the demise of these great platforms because of freedom of speech – regardless to anyone’s beliefs. We are humans, we love to connect, we love to communicate, we love to challenge our minds and most of us like to hear both sides of the story… Now though, clearly to see, the political war is certainly being aided by social media.