The Fear of Censorship on Social Media 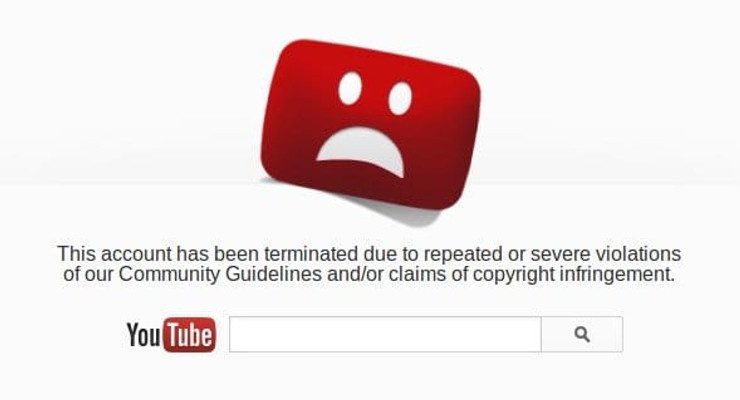 I’ve been wanting to write up on this topic for sometime, especially during our current climate (March 2021) where we see more and more censorship across social media channels. Without question, social media channels are not only doing good by protecting people with censorship, but also doing quite the opposite in supressing opinions. 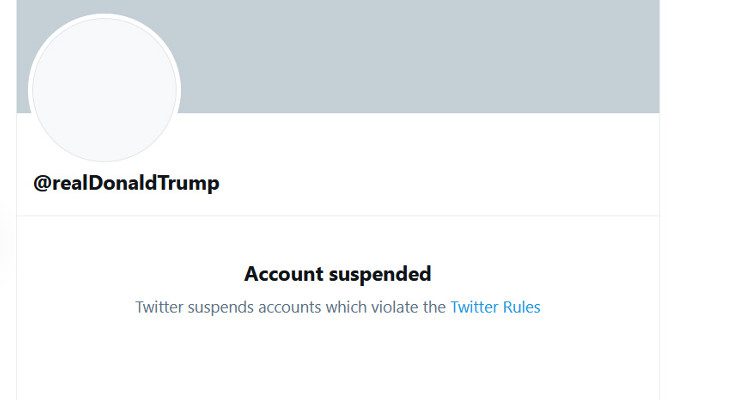 “Many will remember, and it will go down in history, how Twitter suspended the account of the United States of America President, Donald J Trump. Over 80 million followers and a highly popular account was initially censored with warning notices on the accounts tweets to eventually suspending the account indefinitely.“

Though I may disagree with social media channels, mainly because of their size/influence, that they can dictate what can and can not be shared on their platforms, I also will stick up for their right to do so. They are privately owned thus surely they have the right to display what ever content they so wish to, within reason and law of course, and expel users that do not fit their requirements / narrative.

The question though is of course that social media channels are built primarily from users mostly being the general public, if these such channels growth means they are able to influence their members/users then they are within the boundary to be regulated under such billings as Freedom of Information Act, Public Decency Standards and even are open to the likes of Defamation. Social media channels are profit making so by dictating the news and what they share of it, then as in the USA, the first amendment right comes in to play?

“The censorship powers of social media platforms are not beyond the reach of government regulations.” source legalreader

For many people, their accounts on social media is their way of life from their full time job to their day to day entertainment. The more visual channels such as YouTube, Instagram and Facebook for example have enabled many people globally to build dedicated channels on themes / topics of interest with large targeted audiences. 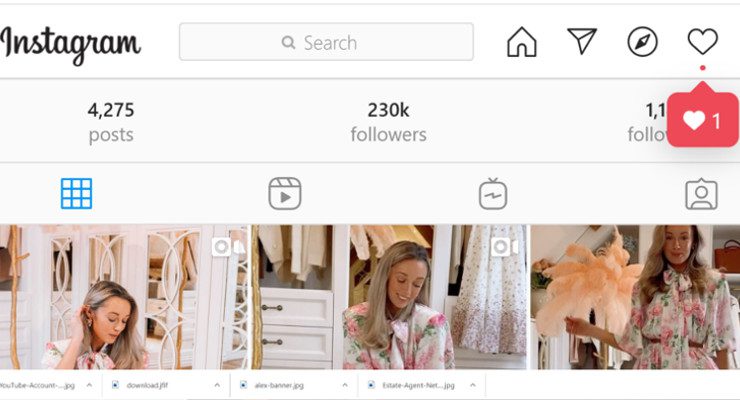 There are many that are part time to full time on social media, their revenue generated by the likes of reviewing products / services by sponsors to support donations, affiliations, commissions, super chats and much more. Lots of people receive a decent wage on social media (especially on Youtube) and are usually full time at the subject and committed totally to this line of work and the audience they have built.

As an avid user of social media, I have seen many channels come and go, not only for the reason that someone has given up or gone on to other things, but because their accounts were suspended. Nine times out of ten the reason for this was due to breaking the rules of ‘code of conduct’ for the said platform.

“I have seen many great successes on social media and have followed the beginnings of amateur channels / accounts that could barely attract 10 live viewers to now being over 1 million in community size drawing in tens of thousands of live viewers and similar amounts in monthly revenues.“

Whereas the likes of talking about cars, holidays, makeup, fashion, wine and more are channels likely not to be under the spotlight for censorship, those who deal with day to day breaking news journalism are in a whole new dimension and certainly exposed to rigid monitoring. A common question these people are asked by their followers / viewers is ‘how do they avoid censorship?‘.

Those channels who debate on the edge news, not necessarily the narrative of the social media platform they are broadcasting on, are very much the ones to admire in my books. When people decide to set themselves up as broadcasters / journalists on current affairs then they are very much risking it all, many channels have been eliminated when tackling heated debates whereas other survive without warnings, strikes, bans nor suspensions. Why is this though?

It has nothing to do with luck, these people are not bypassing the censorship by coding restricted words to avoid speech recognition technology (one account I follow uses the term Voter Frog instead of Voter Fraud in the USA), they haven’t bribed neither blackmailed their hosts, they simply respect the rules of journalism.

“With President Trump being banished from social media, it is of no consequence that anyone of lesser fame can suffer the same fate too. It is indeed an art of knowledge to broadcast in todays climate on social media.“

The art of delivering news has recently been lost in my view, the respect the public once had for those on main stream media channels who delivered the news daily has certainly diminished. Long gone are the days, so it seems, when we held close to our hearts and certainly respected the faces who told us the daily news, names such as Trevor McDonald, Angela Rippon and Moira Stuart come to mind as leading examples. Today we either love or loathe news readers, they deliver the news in a narrative (usually from instructions of their employers above them) that we support or totally object to – We seem not to have journalists delivering the facts and leaving it up to us to digest and interpret anymore.

The biggest worry for any account on social media is that you can be here today and gone tomorrow. People invest a lot of time and effort in order to build their presence and are somewhat at the mercy of the social media platform they are using. The art of the game is to respect the code of conduct of the said platform and also know very well your rights as a broadcaster.

Two channels that I follow do exactly that, both sailing close to the wind on topics, yet maintaining a professional channel and growing a global audience and high regard within their sectors

Dr Sam Bailey – This channel and via Dr Sam Bailey, gives us the facts on many health issues and common medical conditions. More recently Dr Sam Bailey discusses the topic of covid-19. She has suffered censorship outside of YouTube especially in her home country (New Zealand), but with over 200,000 subscribers and 15 million views she is building a very fine audience of her own and receives many, many complimentary and supportive messages.

“I am fully aware of their (YouTube) covid-19 policies and carefully construct my videos so they don’t cause any problems. I do avoid some topics and also require of my viewers to work with me and read between the lines when I address some subjects.”

Alex Belfield – Prior to his recent surge of fame on Youtube, Alex was already an experienced and respected radio presenter and journalist. The covid-19 lock downs turned his focus to delivering daily news and trending topics on his Youtube channel where he has fast built 240,000 subscribers and equally as impressive, over 170 million views on his videos. Alex delivers two weekly live phone-ins on his channel and has several thousand live viewers and always a long line of callers waiting to speak to him on trending topics. 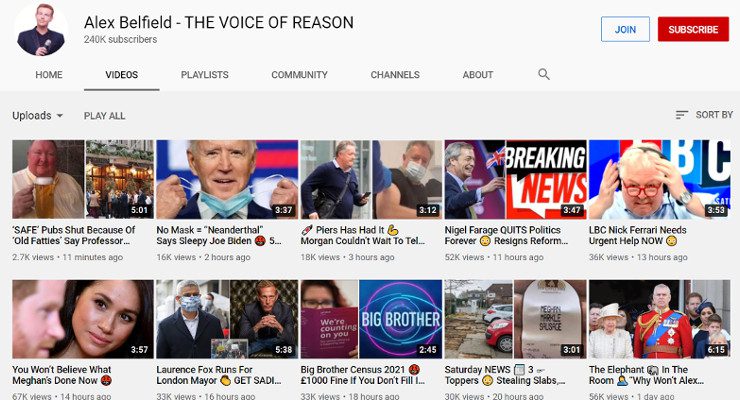 Quotes from Alex includes: “I’m not getting away with the style of broadcasting that I offer, this is not the correct phrase, I have an opinion which I have a right to under the human rights section 10, Youtube is a free speech broadcasting network (within the law). Liable or defamation I have never crossed the line of. When you are talking about very contentious issues and you are naming and shaming people then you have to make sure you have your cards in the right order. A lot of my stories come from FOI (Freedom of Information Act) which is my legal disclaimer which is my evidence to enable me to broadcast them.”

It is well worth listening to Alex’s 30 minute chat with me below, especially if you have a news channel on social media and are becoming increasingly concerned about censorship, though Alex’s words are equally informative for those just starting out on the road of broadcasting / journalism. You may not agree with his points of view, maybe not his political slant, but there are solid factual points that will guide people who aim to achieve similar to Alex’s Youtube channel.

My full telephone interview with Alex Belfield can be heard on this video – Many thanks to Alex for taking part, sharing his advice and allowing me to share his words with our readers.

Founder of Marketme and other online news channels with big social media followings. You will find me mostly writing about property, housing, politics, and fine wine.
Facebook
Twitter
Twitter