The Reality of Being a Work At Home Mum 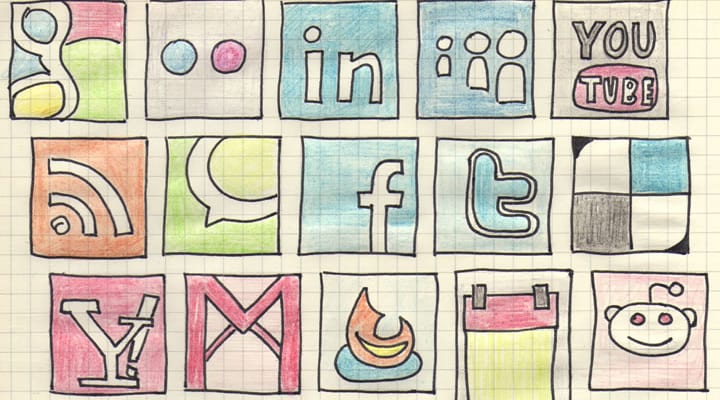 A couple of weeks ago I was asked a series of questions by one of the lovely Mollie Makes journalists, about how Social Media affects one’s creativity. 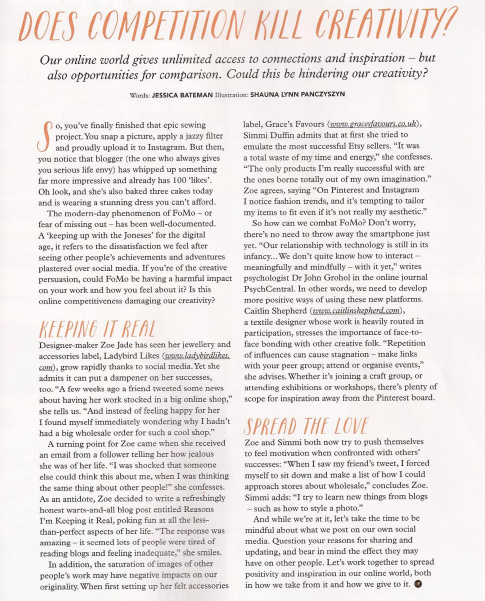 Before I really stopped and thought about it, I always viewed social media as a stupendously good thing.

Okay, yes, there is the fact that I have limited time to work and spending 79% of my time oggling beautiful images and adding them to my boards on Pinterest isn’t really a productive way of spending my time… but it does get me in the mood for creating beautiful things. Even if I then remember that I have zero talent to create half of the beautiful things I’ve just seen as I don’t know one end of a glass-makers-tool-kit from another and I totally failed woodwork at school. But still – they’re SO pretty!!

But then I started to honestly think about what social media does to our creativity.

Take Facebook for example. In my news feed there are always at least two or three other WAHM’s who not only have 16 more children than I do, but they also seem to find time to bake with their children (their beautiful efforts then being shared on FB), they manage to develop, create, product test, beautifully photograph and add to their websites new ranges of products on what seems like a daily basis. AND they also manage to find witty things to say, throughout the day, which generate loads of comments and likes, from around the same number of ‘fans’ as I have on my page…. all whilst apparently not even breaking into the nearest box of chocolates!

I on the other hand, never manage to get more than 10 minutes peace and quiet before WWIII breaks out in the playroom over whether the kids are watching CBeebies or CBBC (I know, I know – not to mention the guilt that I’m once again using the telly as a babysitting device so I can have some ‘work time’) and then when I do get some time to myself, I waste it turning green with envy over these ‘oh-so-much-more-successful-and-productive-and-professional-and-well-put-together-domestic-goddesses’ all whilst munching my way through a sneakily grabbed packed of chocolate hobnobs (hidden in part because a) Weight Watchers’ doesn’t really approve of eating a whole packet in one go and b) because the children aren’t allowed chocolate during the week and certainly never at 9.30am!!!!) 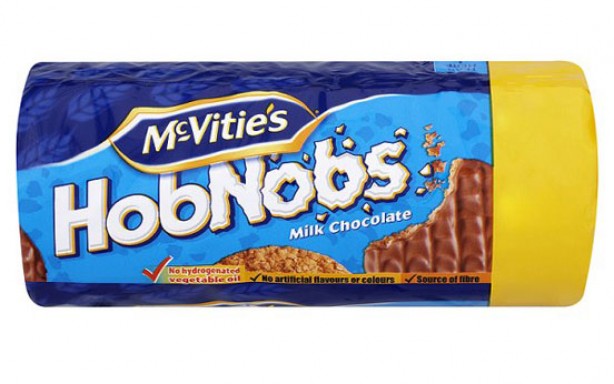 Then once WWIII has threatened to break out more than 4 times in half an hour, I give up yelling down the hall for them to ‘play nicely together or else!’ and resort to stomping in (whilst brushing biscuit crumbs from around my mouth) and screeching loudly that I’ll bang their BLEEPING heads together if they don’t pack it in!!!

Then stomp back, feel totally horrendous for shrieking at them, email my husband and complain that the kids are behaving like little toads and that I have far too much to do in my busy, busy day and then get back to reading a blog post, showing a wonderfully put together tutorial for something I’d thought about doing, but once again hadn’t gotten around to and realise it’s pointless trying to get anything creative done now, so I might as well go to the shops for more hobnobs!

Okay. Some of that may be a teensy bit exaggerated. I mean, obviously, I’d never eat a WHOLE packet of chocolate hobnobs without being found out (my youngest has a homing beacon like nothing you’ve seen when it comes to the rustle of a packet of something yummy being opened!) but really, other than that, it’s pretty much spot on.

The problem is, I suspect, we ALL feel like that quite often. What gets reported online is often not the actual truth, but the sanitized, more idyllic version of what we’d like our lives to be like. Like the advert for a national hotel chain says… there’s the real you and then there’s the online you.

But when everyone else seems to have got their shit together and you’re having a pants day, it really does zap a lot of creativity out of you.

So, the end result is often that I give up on trying to get the children to entertain themselves, end up taking them out (because they behave so much better out of the house) for the day, sneaking emails and a bit of social media time in on my smart phone from the playground and then trying to make up for it in the evening, after they’ve gone to bed and when I’m tired and not feeling much like doing anything except for slobbing out in front of Nashville with yet more chocolate and some wine!

Don’t even get me started on where to fit in some exercise in all of this hive of inactivity… that’s simply too much to bear.