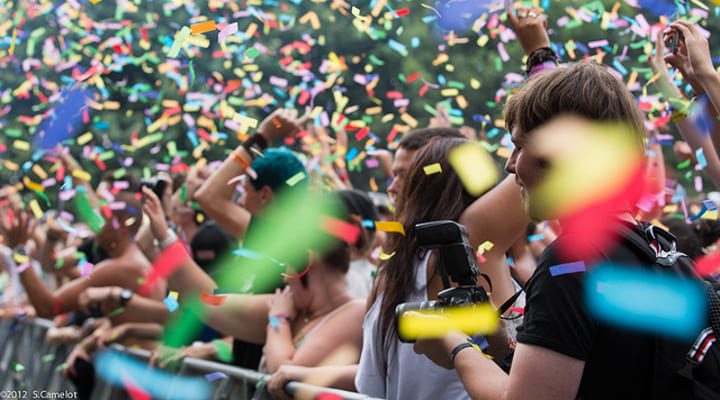 We’re a new fashion brand and we’d like to invite you to our party.  It’s on Wednesday night at 9pm and we’ll be hosting it in Glasgow, plus it’s only on for an hour.  Can you make it?

Most of you will have read this statement and come to the conclusion that we’re either a) a bit mad b) eager to fill a venue or be thinking c) what’s a Twitter Party?  The good news is we’re not mad, our capacity it limitless and you can join our party from the comfort of your own pc, laptop, tablet or phone, wherever you are in the world.  If you aren’t already using the Twitter Party to enhance your social media presence then we’d like to take a moment to tell you why it might be time to crack open the virtual Champers and try it for your business.

When we launched our new e-boutique in February, we had carefully strategised everything that needed to be in place for us to gain followers at the pace needed for any new e-commerce platform.  We had the usual targets; Facebook (which is now apparently dialling down organic outreach for business pages and may have long past it’s salad days), Instagram, Google+, Pinterest and Twitter.  We also looked into an affiliate programme to engage bloggers and through this we were introduced to the concept of the Twitter Party by Lenka Gourdie.  It’s really a Twitter chat, on-line chat, web chat or whatever you’d like to call it, but what we discovered is that you can have as much irreverent fun as you like so long as you’re on the same wavelength as your customer base and remember to have a key theme for each chat.  We didn’t research how anyone else does it, didn’t watch one in progress and didn’t ask for guidance on how we should run it, we just did it.  And guess what?  We discovered that we’re pretty darn good at them.  Here are our key tips that were strong marketing moves and can be adapted for your business to use the Twitter Party concept as effective PR for you.

*  Create an invite
Although a direct tweet to a customer, or who you hope will become a customer, should generate interest, it is much more effective to create a pdf invite to attach as this generates much more attention and is more likely to be favourited, re-tweeted and garner a response.  After our first few parties we were invited to co-host with another company and we were able to gauge the difference in response of visible invite via isolated tweet.  The visible invite won, hands down.

*  Create a unique hashtag
You can’t always gauge who’s attending your party and sometimes it moves so fast with all of the responses that you don’t get a chance to see what every attendee had to see (essential when you are trying to build profile and sales).  It is advisable to create a hashtag which connects nicely to your company, your party theme and is easily remembered.  Don’t make it too long or you are eating into your 140 character limit and be sure that it reads easily and hasn’t already been used significantly by another company.  If you’re fortunate you could ever trend for short periods of time (as we have managed to do).  It’s great feeling of achievement and lets you know that your strategy is working.

*  Set your party at the right time
There’s no point setting your party to run too early or late in the day, on a day that doesn’t generate a good amount of traffic on your feed or on a key date which doesn’t fit with your target demographic’s social media use.  If you have a global following, try to run your party at a time that catches most of the times zones effectively.  It’s impossible to please everyone but we’ve had followers tweeting us to say that they’ve set their alarm early in the morning or stayed up much later than usual to attend a party which started at 9pm UK time.  That makes us feel great and also lets us know that we’re getting it right.

*  Get the timings right – not too long or too short
We’ve found that an hour is perfect for engaging with your followers, saying what you intended to put across at the party and giving everyone enough time to contract their Twitter responses, engage with each other and keep the flow of conversation going.  We personally tried adding an extra half hour but it felt that little bit too long to keep the momentum going and, likewise, when we were invited to guest host with another company it was only 30 minutes and it felt like we’d hardly started when it was brought to a premature end.  It might be different for your company’s needs, so don’t be afraid to make subtle adjustments with each party’s running time to assess what works best for you.

*  Inject humour
Social media loves a bit of humour.  Twitter for the most part likes irreverence, jokey puns and smart commentary and we’ve discovered that a balance of everything mixed with occasional reminders of your company’s products, offers and services is an effective balance.  The general rule of three natural tweets to one sales-specific means that you don’t enter into the danger zone of spamming feeds, irritating followers and losing your company message completely in a stream of chat.
*  Know when to favourite and re-tweet
Attendees of your party like to feel appreciated for making the effort to interact and we work hard to read every comment, answer all DMs before, during and after the party and follow up compliments with a thank you.  If a customer say’s something incredibly valid and useful during the party which will aid consumer research or lets you know that you are indeed getting it right with your PR drive then a favourite and re-tweet ensure that they feel appreciated and are aware that you’ve seen it.  Occasionally there may be followers who disagree with each other’s comments and section off into their own conversation and it’s best to steer clear with your own thoughts on the matter if it will inflame it further.  We’ve found that launching the next question during such a busy hour moves any potential disagreements into the background very quickly.

*  Run a tie-in promotion or giveaway
It’s a great idea to run a discount during your party, offer some sort of competition prize (ideally where they have to like, follow and share your invite or promotional image) and little giveaways during the party can work like a dream for engagement.  Nothing too big, just a token gift can work wonders for your company profile.

We definitely believe that Twitter Parties are a great way to connect with your existing followers while introducing your brand, products or services to those who may never have otherwise known you existed.  If it works well then you will grow your followers before, during and after the party, increase customer engagement through those who are intrigued and want to enter into a dialogue with you to discover more about your company and monitor increased traffic and (hopefully!) sales on your website.  It is time consuming to put in the ground work but the payoff is more than worth it and we can honestly say that we’ve made some great on-line connections with creative, vibrant and funny people and all for free.  Thanks Twitter!