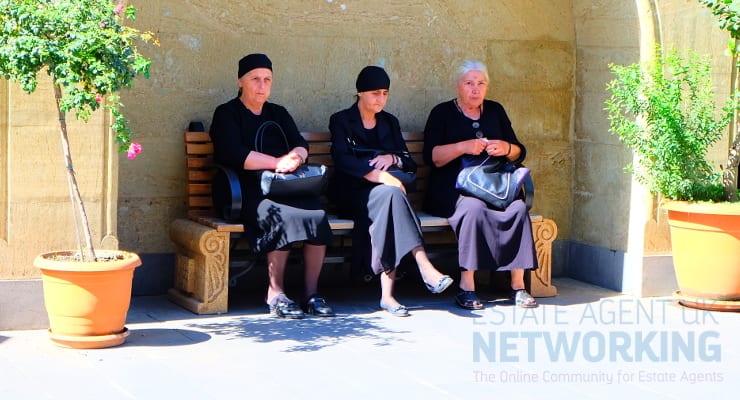 While it’s often thought that the elderly aren’t as tech-savvy as the younger generations, that’s not necessarily the case. A recent survey on internet use among the 65-74 age group increased by 31% in the last eight years, while 2020’s lockdown measures has seen over-65s shopping online twice as much the previous year.

However, online retail is just one area of tech that the elderly are making use of in order to live more independently. From smart living sensors or fitness and wellbeing trackers to fall detectors and connectivity apps, these innovations have been designed to improve the lives and safety of the elderly, while allowing them to stay connected to their loved ones, and the wider world.

The Dutch app That’s Me was created in collaboration with SAP Netherlands — a business software company creating jobs across the country — and its partner Proxcellance. The app has been designed with SAP’s cloud platform, which helps to create and integrate a business’s applications, including the basis of the software, single sign-on and development tools.

The idea for That’s Me developed when Proxcellance UX Designer Robin van Otterdijk was experiencing communication issues with a family member suffering from Alzheimer’s. This can be a particularly common issue for people with dementia, as they may repeat phrases, get stuck on certain sounds or have trouble finding the right word. The app enables users to create life stories through images and video, store personal information to share with loved ones and carers, and even offers tips for family members on caring and interacting with someone with dementia.

The app gives those with dementia the opportunity to communicate from anywhere at any time, while giving family, friends and carers an idea of what is going on in that person’s life. The deputy director of Alzheimer’s Netherlands believes the app fulfills a crucial need, and “improves personal contact with people with dementia in an accessible way…because image and sound can trigger memories.”

Launched as a government initiative in Singapore to help its elderly population continue living independently, the SHINEsensor is part of a trial by ICityLab in collaboration with Singapore Management University and Tata Consultancy Services. These smart sensors have been installed in 50 social housing flats in East Singapore, and monitor a resident’s physical environment, including its temperature and noise levels, as well as their daily living patterns. This data is then used to track any changes in a person’s wellbeing.

As a result, SHINEsensors can help people detect issues before they worsen. For instance, when one woman in her seventies enters and exits her home, a motion sensor near her main door tracks her movements and sends out an alert if the door isn’t reopened for more than 24 hours. Around 90 elderly people in Singapore are involved in piloting the project so far and, if it works, it is hoped to encourage independent living, provide a safety net, and prevent the elderly from having to move into a care home.

VitalTech is a cloud-based platform designed to facilitate communication between doctors and the family members of patients. The company created the wearable VitalBand in 2018, which offers a series of emergency tracking systems to oversee older individuals. Its functions include emergency call-out, which can be voice or touch-activated in the event that the wearer requires immediate medical assistance. The band also offers fall detection and fitness tracking, and can also monitor vital signs including heart and respiratory rates, oxygen saturation and sleep quality.

Since 30% of those over 65 and 50% of over 80 year olds fall at least once a year, this technology could be life-saving. VitalBand can also be connected to an app which family members can access, allowing them to view their data like vital signs. This is especially beneficial if the wearer lives alone, as friends and family will not always be able to physically check up on them.

Embodied Labs uses virtual reality to give caregivers a first-hand experience of the challenges faced by individuals with specific conditions like Alzheimer’s, Parkinson’s disease and macular degeneration. The idea arose when the company’s CEO Carrie Shaw became the primary caregiver for her mother, who had been diagnosed with Alzheimer’s. Shaw realised that if she were able to understand the condition from her mother’s perspective, she could provide better care, and launched Embodied Labs in August 2016 to bring this technology and viewpoint to a wider audience,

After donning a headset, individuals can choose from a library of virtual experiences created with a view to replicating different conditions, either through first-person patient perspective or by a healthcare professional offering information and news about a specific condition. The technology aims to help caregivers better understand their patients’ condition, and find a more beneficial approach towards day-to-day challenges. Shaw has said that Embodied Labs aims to “contextualise healthcare diagnosis and care by transforming the training and education for both professional and family caregivers.”