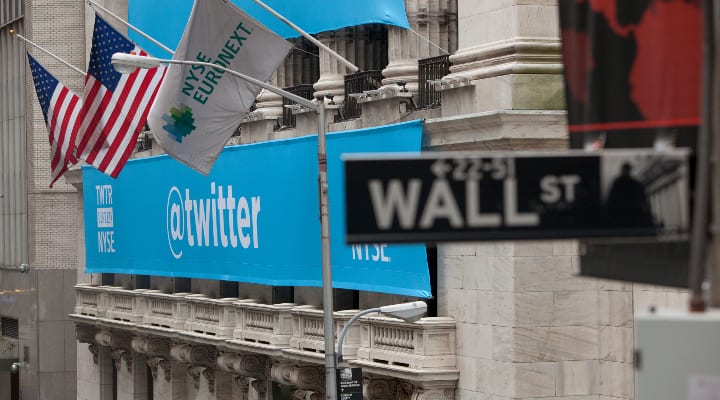 I was recently asked to do a short business talk at a networking group I attend and decided to talk about one of my favourite subjects – Twitter. Now I’m not an expert and don’t claim to be so, but I have learnt a fair deal since I’ve been using Twitter.

I started on Twitter at the end of 2011. In terms of business I’ve gained many Supper Club and Cooking Class customers; I won a private catering job from someone who wasn’t even following me; I have been on the radio 3 times because of it; I now have a monthly local newspaper column because of it; have met many people because of it; have got discounts from suppliers; won foodie competitions; and even been on TV. I believe it represents a wonderful opportunity for small businesses to get themselves out there, like never before, and I believe we should all be doing it.

Many people get on Twitter and then just don’t maximise it. This may be because they think they don’t have time, or they don’t see what’s in it for them, or they just don’t get it. But hang on in there, I say, because Twitter is a world of opportunity for your small business.

Twitter is the world’s biggest social networking hub. It’s a vibrant marketplace… a truly global opportunity to make connections and create opportunities… your chance to meet people and to do business.

So how can you make the most of it as a small business?

Twitter is made for small businesses! YOU are your business, your brand, and maybe even your product. And people buy people, not fancy retail outlets or one dimensional sales messages. So the easiest thing about Twitter is you just need to be YOU!

But first of all let me tell you what Twitter is not!

It is not a MEGAPHONE – it’s not just there for you to stand shouting out your message louder and louder. You’re not at speakers corner so don’t behave like you are.

It’s not a NOTICEBOARD – so don’t just pin stuff up there and hope that people will read it. They won’t.

It’s not a FASHION SHOW or CATWALK – so stop trying so hard to look good. You’ll only catch yourself out.

It’s not a SHOP WINDOW – so if all you do is try SELL you won’t attract any buyers.

It’s not a ROBOT – so please don’t use robots to manage your tweets – it shows, it looks lazy, and it proves that you don’t understand.

It’s not a PRIVATE CLUB – so dont get involved in long conversations with friends – it’s boring and cliquey, and don’t gossip!

So what is it? And how can you make the most of it for your small business?

It’s a MEETING PLACE – a place to meet and engage with the sort of folk you want to do business with.

It’s a CONVERSATION – you can talk to literally anyone in the world who’s on there! So get communicating.

It’s an OPPORTUNITY TO MEET new customers – find them, engage with them, build a relationship with them, help them in their endeavours, meet them face to face.

So here are my Top Ten Tips for getting started

1. Get your bio right! Include a pic, and a background that represents you, and use all the words Twitter gives you to describe what you’re about. Add a location. People like to know where you are! Eggs and empty bios don’t get followed!

2. Find the movers and shakers in your line of business – follow them, observe what they do, engage a little, follow some of their followers who fit your customer profile.

3. Don’t follow too many too soon. No more than 50 at a time. See who follows you back, start engaging with them. Try to keep your followers ahead of who you’re following. It’s ok to unfollow people.

4. If you want to maximise PR opportunities, follow local newspapers, industry mags/newsletters, radio stations, researchers and PRs – engage with them. Be helpful! If they’re asking for someone with a new kitchen who might like to be featured in a mag and you can help them – DO! Become known – then when they want someone like you they’ll come back to you.

5. At first don’t tweet too much – engage more and build relationships and you will build followers, then you’ve got an audience!

6. Don’t tweet exclusively about your business – you’re a rounded person not a 1 sided automaton. People do business with people! You can be real. So tweet about your local environment or local issues, tweet about national issues if you like – although beware of being too political as you can invite a lot of negative response! Tweet about other stuff that’s important to you – gardens, animals, sport, charities. Let people know who you really are and what you’re about. It may lose you the odd follower, but will usually gain you many more.

7. When you share your events, blog posts, or product offering be creative! Don’t just say Blog post, or Handbags! Use interesting pics, sometimes be intriguing, and don’t keep repeating yourself! You can definitely say something more than once – but try say it differently and space similar tweets apart.

8. Engage with relevant hashtags eg.#Connectingessex – follow the hashtags, introduce yourself to the group, comment insightfully, retweet others that make good sense, be clear on your offering, be polite, thank the organiser, be a good networker. But don’t follow hashtags all the time, as you bore the rest of your followers!

9. Follow people back!! You don’t know who your next big customer is or who your followers know. Unless their bio offends you which is rare – follow them back. It’s just good manners!

10. Enjoy it! Be purposeful with it – spend time just looking to interact with people – but don’t waste time. Most of all be yourself. And you will find people will do business with you!