What is a Plier? 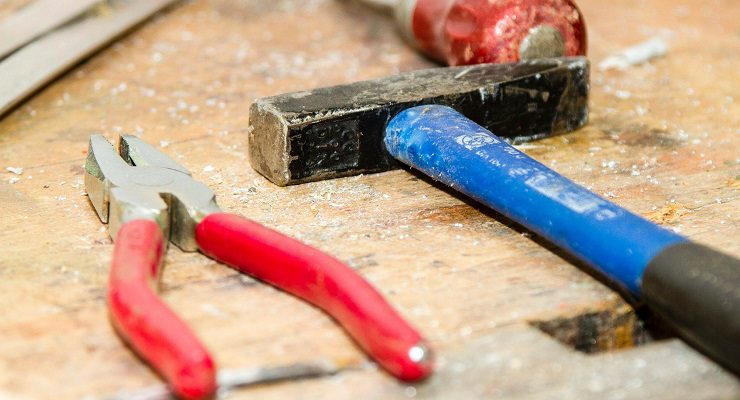 If you’ve ever needed to grip or twist an object or cut some wire, you’d be familiar with pliers. They hold an essential space in the toolboxes of professionals and DIY-enthusiasts alike and you can find them at any hardware store or reputable global distributor, for example RS Components. There are dozens of styles available, from locking pliers to slip-joint pliers to linesman pliers—but what exactly makes a plier a plier?

At their most basic level, pliers are hand tools used to firmly hold or grip objects. Many types of pliers are also effective for cutting and bending wire. Pliers commonly feature parallel handles, a pivot point where the handles meet, and gripping jaws.

The five basic plier parts are:

Grips, found at the inner part of the jaws, can be smooth or serrated depending on the plier style. Cutters are normally located near the base of the jaws and are useful for cutting cables and wire. The pivot point or fulcrum connects the handles and jaws while also generating enough force for the jaws to grip objects. The handles are the part the user holds on to. They can be straight, curved, plastic-coated or made of bare metal.

Specialty pliers will feature extra components. Slip-joint pliers, for example, feature a neck slot, allowing users to slide the pivot point between varying positions. This changes the size and range of the tool’s jaws.

Along with slip-joint pliers, several other specialty styles exist. Round-nose pliers have conical, tapering jaws to make bending thin metal and wire easier.
Diagonal cutting pliers, designed for cutting hard-to-reach wires and pins, feature cutting edges which are diagonally offset by about 15 degrees. This makes it easier to hold the pliers in line with a surface.

Some pliers are specifically designed to suit certain industries. Electrician’s pliers, for example, make it easy to grip electrical wires and may be insulated for the electrician’s protection. They are often used hand-in-hand with testing equipment to ensure electrical devices run safely and smoothly.

Battery pliers are used within the automotive industry to maintain bolts on jumper cables and car batteries. They feature short, angled jaws, with a slightly smaller lower jaw. For extra durability, both jaws are especially thick.

Circlip or snap ring pliers are specially made for removing or installing circlip retaining rings. They’re commonly used within the engineering industry to build and repair mechanical devices like motors, turbines, and pistons.

Pliers are some of the most versatile and useful tools on the market today. Having the right kinds of pliers on-hand is essential for smooth trade operations. By investing in quality pliers and testing equipment from RS Components, you’ll ensure success and productivity for your business.