Domestic goddess to cleaning influencer: Is the transition worth it? 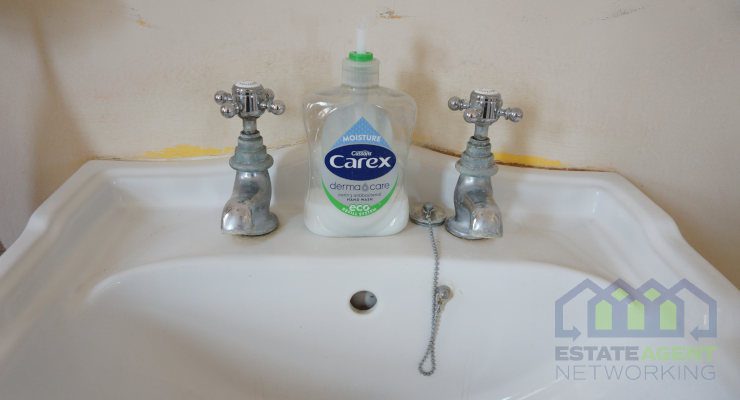 Just like the fashion, fitness and beauty sectors before it, the cleaning industry has become the latest to become driven by influencers, who attract huge followings by regularly posting enticing, niche content on social media. However, while it’s easy to make lipstick and gym-honed bodies look appealing, cleaning influencers have been remarkably successful at glamourising even the most mundane chores. The phenomenon has been led by Mrs Hinch, real name Sophie Hinchcliffe, who has amassed a three-million strong online #HinchArmy by spraying, scrubbing and sorting her immaculate home, always with the perfect colour palettes and manicures.

Some believe that the rise of the cleaning influencer is an extension of the wellness movement, with cleaning positioned as a form of self-care, while others feel that its popularity is a rejection of the traditional and seemingly unauthentic presentation of lifestyle influencers. In an interview with The Guardian, Lynsey Crombie (aka Queen of Clean) hypothesised that cleaning influencers like her were more relatable because: “We’ve got our mops up, hair sticking up…I look like a right rough tramp on Instagram, but I get people writing in to say it’s refreshing.”

If you consider yourself something of a domestic goddess seeking a new project, perhaps trying your luck as a cleaning influencer sounds like an attractive prospect. But even if you’re bursting to share your tips and tricks with the world, consider the following before trying to clean up on social media.

It’s a given that you need to enjoy cleaning to be a cleaning influencer, but you’ll need to feel nothing less than 100% enthusiasm for it in order to succeed. There are several different types of influencer, but the ‘passionate’ variety is by far the most common and popular: “someone who absolutely, completely, and totally loves what they are doing in life and wants to share it with the world”. Users are more likely to be won over by someone with immense dedication to their niche, and that infectious passion is ultimately what an influencer harnesses in order to gain followers. There will be a lot of competition from other cleaning influencers, so if you can’t show genuine excitement and love for your subject, your potential fanbase will see through you and hitch their follows to somebody else.

Passion is even more important when you consider how much time you will have to dedicate to your social media accounts. A whitepaper from Union Metrics found that brands typically post 1.5 times a day on Instagram, so as a cleaning influencer, you should aim to share content at least that frequently. It can take a while to perfect the art of making consistently high quality content, and you’ll also have to factor in the time spent engaging with relevant brands and other users into the equation. If this sounds like too much commitment, you’ll probably be happier keeping your cleaning habits offline.

Everyone knows that influencers can net huge sums of money when they make it big, and those in the cleaning field are no exception. Unsurprisingly, Mrs Hinch is currently the most valuable, making approximately £5.9k per post, but even those with fewer followers like Queen of Clean (171k) and The Organised Mum (184k) manage to rake in £504 and £539 for each post, respectively. However, the reality is that very few people can reach these dizzy financial heights, and if you’re hoping to make a living out of your love of cleaning, this may not be the most realistic path.

If this is the case, you’re more likely to make a return by simply setting up your own cleaning business, which you could run as a full-time occupation or as a side hustle for some extra income. As noted by cleaning insurance provider Tradesman Saver, becoming a self-employed cleaner “gives you the freedom to work the hours you want, choose your clients and, most importantly, be your own boss”. Best of all, it means you can start earning money from your passion straight away. Cleaning influencers, on the other hand, will usually have to wait much longer to gain the followers and engagement metrics it takes to make a profit.

And, of course, success as an influencer is never guaranteed. You could still use social media to market your business, and there’s no harm in sharing cleaning content just for fun. It may be dangerous to pin your hopes on becoming a cleaning superstar, but you never know what could happen.

Figures in the spotlight will always face scrutiny, and though cleaning is perhaps one of the more wholesome areas within this field, cleaning influencers are still subject to criticism. For example, many have accused them of perpetuating a historic gender stereotype—the notion that cleaning is women’s work. Though they are now far more likely to be in paid employment than they were in the 1950s, British women still take on 60% more housework than men. The fact that the vast majority of cleaning influencers and their followers are women has raised concerns that the trend is reinforcing this gender gap. As Metro writer Rebecca Reid commented: “Putting a pretty floral label on the washing up liquid doesn’t make the fact that women are washing up rather than working on their careers or enjoying downtime any less oppressive. It just wraps the oppression up in a pretty bow.” Therefore, if you identify as a feminist, allegations like this may leave you feeling uncomfortable.

Establishing relationships with brands and posting sponsored content also has the potential to attract controversy. In 2019, Mrs Hinch found herself under investigation by the Advertising Standards Authority after three people complained that she didn’t adequately indicate that posts featuring Flash and Febreze were paid advertisements. Under the Consumer Rights Act, influencers must prominently display hashtags like #ad to distinguish their sponsored content from their regular posts.

Remember that putting yourself out there on social media means there’s always a chance your behaviour could offend others, sp if the thought of negative feedback makes you feel uneasy, life as a cleaning influencer is definitely not for you. Continue to enjoy cleaning in your own time and share any great tips and tricks with your loved ones rather than the rest of the world. However, if you think you are thick-skinned enough, there’s no reason to let trolls prevent you from pursuing your passion on a public platform.