NHS and Social Media – Is it all down to the strategy? 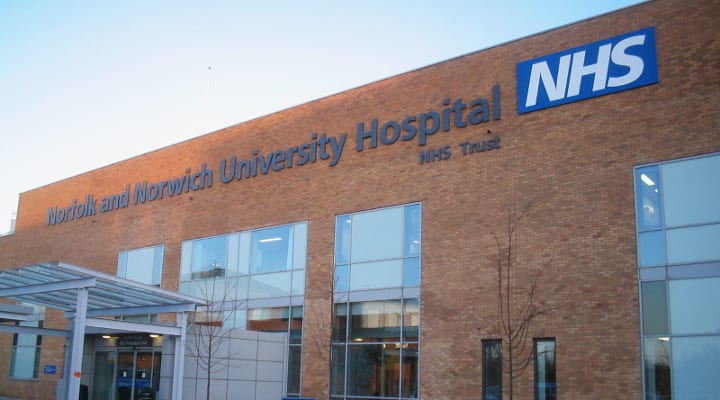 For the last couple of weeks both myself and Ash have been heavily involved in debates regarding the NHS and Social Media. We first got involved because the people were asking for solutions and we wanted to discuss that with them. The NHS is a mine field of bureaucracy and levels of management. The NHS community want to see some sort of social media engagement but the people at the top seem afraid. I have explored this thought and have come up with an actual strategy that might be a good starting point for all.

The reason I got involved in Social Media in the first place was because I was simply blown away by the power it has, to unite people with similar thoughts, opposing thoughts or thoughts about anything. Social Media literally changed my life because it opened my eyes to things that I would never have known about without it.

The NHS seems to want to open their doors and lines of communication not just with the public but with itself as well, we are talking top to bottom infrastructure, guidelines and strategy. This could take years to get in place and as we are all guilty of when a task seems just too big we leave it until it is too late. The classic “a stitch in time saves nine”.

So here are my thoughts on how the NHS could adopt a Social Media experiment without putting it’s branding in danger, involving all departments and sub sets whilst providing the one guiding voice that it seems the majority of the NHS workers want from their employers.

A couple of my personal Social Media heroes are Jake Johnson, Sophie Fryer and Liam McKinnon. Jake is the founder of @Bristol52 and Sophie and Liam started @Chelt52. The premise of these accounts is to simply provide a new person from that city to showcase where they live, what they do for a living and their lives in general. What Jake started as a bit of a social experiment is into it’s 2nd year now and is doing incredible well, the same or the guys over in Cheltenham. The message they are bringing is that while it is one account, each week a new person takes the reigns and delivers the same message in a different way “Look at where I live, isn’t it awesome?”

I believe that the NHS could do something similar. With it’s labyrinth of departments and ecosystems the NHS could very easily put into place a simple account on Twitter that would be picked up by each department or however they decide to do it and showcase what their amazing staff do, the amazing stories and the real life struggles of people working in the uncertainty surround the NHS. This would make for compelling content and would ensure that the people of the UK would have a central place to follow the plight of the NHS and how it works at ALL levels. This point is key, it can’t be just the lower tier staff who already want this in place, it has to be everyone from top to bottom. Transparency and honesty are the only way to ensure that an organisation gets respect for the job it does.

Whats more, is that rather than simply having a great year or so of content you will also be able to identify social media heroes within the NHS. From top to bottom we will be able to see those that adopt it and love it, these people are the ones that can ensure the social policy is effective and allows the right amount of freedom for the users of the account. Each time it moves on the NHS can learn from the experience of the previous department. It can build strategy, see how social media might be able to help the longer term goals of communication within the NHS. This could lead to better service and support for the users of the NHS.

This is the best way the NHS could dip their toe in whilst getting the opportunity to look at long term goals and strategy. Potentially the reason that the NHS hasn’t adopted social media is because it simply doesn’t want to. The problem with Social Media though is that people can talk about you with or without your permission. Is the NHS strong enough to be transparent and take the hits face on, instead of hiding away?