Twitterversary: What next for the birdwatching trade? 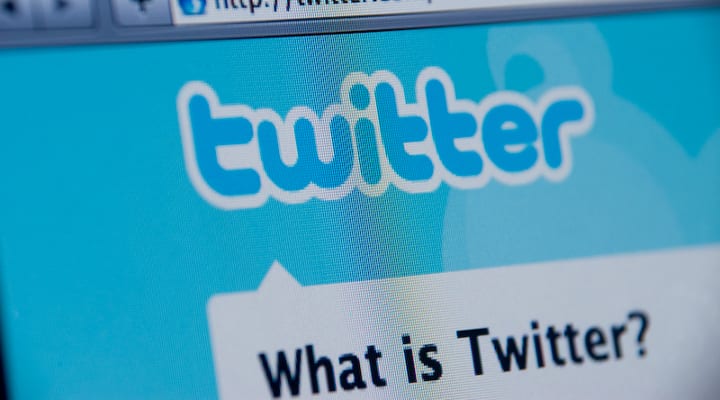 : to talk in a quick and informal way about unimportant things

That’s the dictionary entry I found for Twitter, dating back to a time before the word became eponymous with the social networking service, which does, seemingly, live up to its dictionary definition.

Why bring it up now? My love affair with Twitter has probably got to do something with my indefatigable interest in all things unimportant in life. So, in recent times, having run out of friends celebrating their anniversaries or kids’ birthday parties, I’ve had to find solace in something way less important… insignificant… trivial… unworthy… enough said… there’s been this small matter of Twitter celebrating (ahem!) its first anniversary as a public company. One year ago, Twitter listed its shares on the stock exchange, so that, you, your uncle, and aunt, the stranger you met at the pub last night, the random guy you follow on Twitter, the girl you swiped past on Tinder, Alex from Target… and such and such – all could own a micro-fractional part of Twitter, the company. That’s the day @Twitter became $TWTR. In the time since, the flight path of $TWTR shares would make even the bird of the finest plumage look second best – from vertical lift-offs, to rapid somersaults, the sudden directional switch, the nosedive… there’s hardly a trick which the iconic blue bird (ref: Twitter logo) has failed to deliver. Let’s cheer and chirp for the anniversary of the birdwatching trade… some unimportant things are exhilarating after all!

Course correction. Anyways, to put things into context, many months before Twitter went public, I did eulogize it as the likely next member of the 100 billion dollar club #PathTo100bln. In my tweet-log, I had outlined why, when, and most importantly, how Twitter was going to get there. So, this is a good moment to take stock. At the time, Twitter’s valuation in private markets was an earth shattering $10 billion. After all the ups and downs as a public company in the last year, at the time of writing this piece, Twitter’s valuation stands at a not-so-earth-shattering $25 billion (times have changed, the earth has moved on!). Those of you who share my passion for birdwatching are aware that, at this point in time, there’s tremendous cynicism amongst the community of dedicated birdwatchers regarding the blue bird’s future prospects… the bird is flying astray, rudderless, some would say it’s on a path of inevitable self-destruction. Then, there are the believers out there who continue to believe the bird can be put back on the right trajectory. What holds true is that nearly everyone belonging to either the niche community of birdwatchers, the not-so-niche community of Twitter’s 284 million monthly-active tweeters, and even some from the not-niche-at-all community of non-tweeting non-birdwatching types – all have an opinion on the possible path of course correction.

Let’s be clear about where I stand on this. As I’ve often enunciated, I like to put my life in the context of a few big themes happening in the world during my brief period of existence on this planet. I ardently believe that social media – the way we connect, communicate and access information – is one of those big themes playing out at this point in time. That underlies my description of the TGLF (Twitter, Google, LinkedIn, Facebook) communities being an emerging global social and economic demographic of a scale comparable to the BRIC (Brazil, Russia, India, China) countries. In case you missed it, last month Facebook surpassed China in terms of population. I remain as passionate as ever on the potential of social media both as a communication revolution, and as an investment story in the long term – well, at least for the next decade or so. That said, I do share the general mood of frustration about the way Twitter itself has evolved. How the price of its shares performed in the small matter of a year is a trivial detail in the larger scheme of things. My frustration stems from how the Twitter product itself has evolved during this time.

Re-igniting the fire. Twitter is yet to receive the mainstream embrace and global cross-demographic penetration of Facebook. The functionality hasn’t evolved. The vision looks blurred. I’ll leave the job of taking Twitter management to task for their alleged abject failure to the Wall-streeters and journalistic types – they draw immense pleasure in flaying the skin of others. Instead, in what follows, I delineate five fundamental steps that Twitter can take to re-inforce and expand its appeal and potential to transform the way people connect, communicate and access information.

Agonizingly, many of the solutions I have outlined above appear obvious. Some of them may work, some of them not. It is also very likely that some of the solutions I mentioned have practical constraints to implementation. But my point here is about approach – what Twitter needs are a small number of fundamental changes to refine its product offering for the long term. The current wild goose chase of wishful thinking and mindless tweaks to ramp up stats is not gonna work. Like a classic Hitchcock movie, we are at a point of heightened suspense in Twitter’s plot. Will Twitter live up to it’s potential? Will the bird soar again, or have the wings been clipped? Can it overcome the roadblocks on its #PathTo100bln? The answers to some of these questions will unravel in the years to come. It would take something profoundly seismic to make Twitter disappear completely, but let’s face it, that’s a distinct possibility. The base case, however, remains that Twitter is here to stay – how far and fast it grows out of its current niche depends on the actions taken to develop the product offering. Over the long term, I do believe a positive feedback loop would play itself out. Fasten your seat belts. Happy birdwatching!